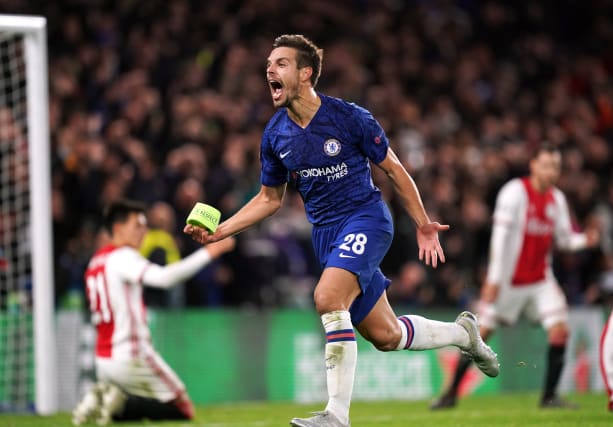 Here, the PA news agency takes a look at how things stand in each group and who can qualify for the last 16 of the competition after this week’s matches.

Paris St Germain have already secured their place in the knock-out stages and will top the group if they avoid defeat.

Zinedine Zidane’s Real Madrid will guarantee qualification with a win at PSG, but can go through before their match if Club Brugge fail to beat Galatasaray in Tuesday’s early kick-off.

If the Belgian side win and Real fail to take maximum points, Club Brugge will have to beat the Spanish outfit on the final matchday to reach the last 16.

Bayern Munich will be crowned group winners if they defeat Red Star Belgrade or Tottenham fail to beat Olympiacos, having already booked their place in the next round.

Spurs will join them if they avoid defeat at home to Olympiacos and Red Star Belgrade fail to beat Bayern in Serbia.

Red Star must beat Bayern or hope Spurs do not defeat Olympiacos to keep their hopes of advancing alive, likewise with the Greek side having to win at the Tottenham Hotspur Stadium.

Manchester City will seal their spot in the last 16 if they avoid defeat to Shakhtar Donetsk and will be group winners with victory at the Etihad Stadium.

Shakhtar will progress if they win in Manchester and Dinamo Zagrab lose at Atalanta by virtue of away goals scored in their head-to-head games.

Atalanta will not qualify if they fail to beat Dinamo or Shakhtar beat City.

Juventus are already through to the knock-out phase and will be group winners with victory at home to Atletico Madrid.

Atleti will also qualify with a win in Italy but a point will be enough if Bayer Leverkusen and Lokomotiv Moscow draw in Tuesday’s early kick-off.

Should Leverkusen or Lokomotiv win and the Spanish team fail to defeat Juve, the second qualification spot will go to the final matchday on December 11.

Defending champions Liverpool will qualify as Group E winners if they beat Napoli at home on Wednesday.

Both teams will reach the knock-out phase regardless of the result at Anfield if Salzburg fail to win at Genk.

Salzburg need to win their last two matches and hope Liverpool fail to pick up a point or Napoli do not win in either fixture.

Barcelona will progress to the last 16 as group winners with victory over second-placed Borussia Dortmund.

They will also go through if they draw with Dortmund and the match between Inter Milan and Slavia Prague ends in a stalemate, while they will advance regardless of their result if the Czech outfit defeat Antonio Conte’s side.

Inter cannot qualify if they do not win at Slavia or if Dortmund beat Barca.

Leaders RB Leipzig will go through if they avoid defeat at home to Benfica and Zenit St Petersburg do not beat Lyon.

Lyon can seal their path to the knock-out stages with victory at Zenit, but the Russian side will move up to second with three points by virtue of a stronger head-to-head record.

Benfica have to claim three points in Germany to keep their hopes of a top-two finish alive.

Ajax, Chelsea and Valencia are all locked on seven points at the top of Group H with two matches to go.

Chelsea will go through if they defeat Valencia in Spain due to their superior head-to-head records against the other two teams.

Los Che will advance with victory at the Mestalla due to their stronger record against Frank Lampard’s side, while Ajax cannot be eliminated regardless of their result against Lille.