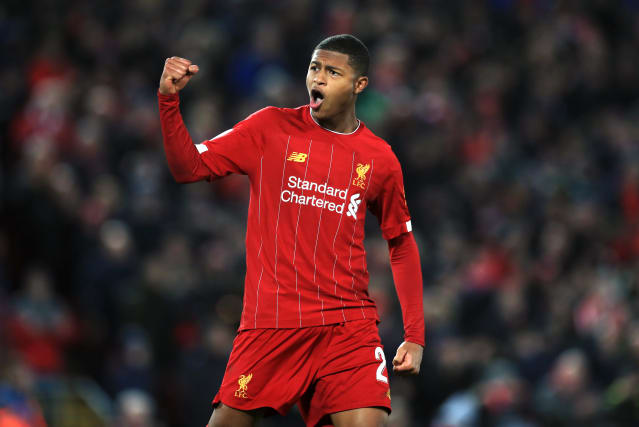 Striker Rhian Brewster could be leaving Liverpool on loan in January, the Daily Star reports. The 19-year-old has only played three hours of first-team football, during the Carabao Cup, this season and Reds manager Jurgen Klopp is happy to let him leave for a spell. Leeds, Crystal Palace, Swansea and Aston Villa are all possible destinations.

Bournemouth’s loss could be Liverpool or Arsenal’s gain when it comes to Ryan Fraser, the Daily Mirror reports. The 25-year-old winger’s contract with the Cherries is up at the end of the season and he has been linked with bigger clubs.

There is significant interest in Monaco centre-back Benoit Badiashile and Newcastle United have just joined the pack, according to the Newcastle Chronicle. The Magpies sent a scout to watch the 18-year-old play for his Ligue 1 side against Bordeaux, but there is strong competition from Chelsea.

John McGinn has turned in some strong performances in his first Premier League campaign with Aston Villa, which has attracted the likes of Tottenham and Manchester United. But, according to the Daily Star, Villa manager Dean Smith has dismissed talk that the midfielder might be tempted to leave.

Carlos Sanchez: The 33-year-old midfielder has failed to impress at West Ham so the club is looking to sell him in January, according to The Sun.