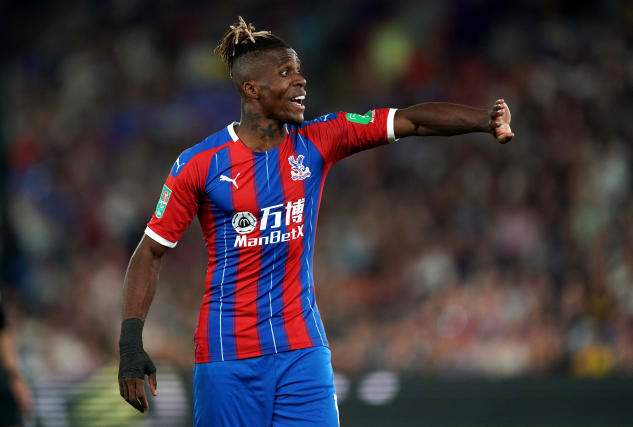 Crystal Palace manager Roy Hodgson has backed Wilfried Zaha to score regularly now he has opened his account for the campaign.

The Ivory Coast international, who requested a transfer in the summer, failed to find the net during his first 13 appearances of the season in all competitions.

But he drilled home against Liverpool on Saturday and although the Reds struck late on to secure a 2-1 win, Hodgson is hopeful the winger will enjoy another purple patch of form in the Premier League.

Last season, Zaha scored 10 times for the Eagles with three coming in four games at the start of the term before he hit five in five midway through the campaign.

Palace boss Hodgson said: “He is capable, there is no question of that. Certainly in our training sessions you see his desire to score goals.

“He is not looking to put a defender on his backside before he shoots, he is looking to get his shots away earlier so he is working on that side of his game.

“I’m expecting if we produce the sort of chances we did (against Liverpool), those goals will come.”

Zaha and fellow winger Andros Townsend caused Jurgen Klopp’s team problems throughout the contest at Selhurst Park, played out in front of a rapturous crowd.

But Hodgson revealed the former Tottenham ace is struggling with a muscle injury, which could see him rested at points during a busy upcoming schedule where they play seven times between now and the end of the year.

“He does seem to be coming back to the form we expect from him, but he is battling a little bit with an injury situation, which did affect him in the early part of the season when he wasn’t playing well. He is still fighting that.

“We were able, luckily, in this two-week break we had to give him a week to stay off the training field and get some recovery in and we saw the benefits of that (against Liverpool).

“But he is going to have to be very careful going forward because the type of strain he is playing through won’t go away with all the games we have.

“I am fortunate that the one area of the field where I think there are good opportunities for me to make changes and have players who can come in if others are injured, it’s the middle of the field.”

Townsend has played 91 times under Hodgson, since he was appointed in September 2017, making him the most selected player by the Palace boss.