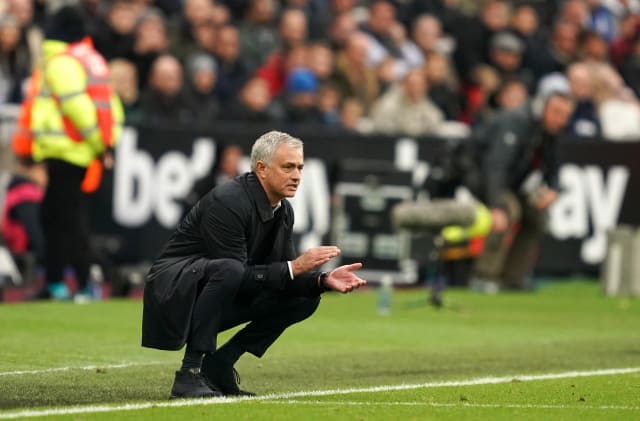 Jose Mourinho is back and his Tottenham reign began with a 3-2 win at West Ham on Saturday lunchtime.

It was Mourinho’s first outing as a manager since a 3-1 defeat to Liverpool which brought an end to his Manchester United tenure.

Here, the PA news agency takes a closer look at the Portuguese’s return.

Mourinho arrived at the London Stadium – the scene of one of his more humiliating defeats as Manchester United manager last season – in good spirits. He was afforded a warm welcome at the London Stadium and fist-pumped some West Ham mascots who lined the reception area. He was candid in his pre-match television interview, repeating the message of his first few days at the helm, that this is a squad that does not need much tinkering with before addressing Christian Eriksen’s situation, insisting that he has to do what is best for the club.

There was no doubting which the away dugout was as the hefty pack of photographer’s waited patiently for a picture of the new Spurs boss. After Mourinho wished he players good luck in the tunnel, he made his way out, taking a detour to shake the hand of opposite number Manuel Pellegrini and his coaching staff.

Making his mark with the fans and players

Being so far away from pretty much the entire crowd at this former athletics stadium, his arrival pitchside went unnoticed by both sets of fans. Spurs fans, the majority of which had remained staunchly loyal to Mauricio Pochettino, gave no obvious welcome to their new manager, other than one banner which read ‘Thank You Mauricio, Welcome Jose’. There was a much better reaction at the full-time whistle, with some chants of the well-known ‘Jose Mourinho’ chant while they reserved an extra-loud cheer when he punched the air at the end. Mourinho watched this play out, waiting for all his players to leave the field before doing so himself.

Back the old routine

Straight from kick-off Mourinho was a man back in his natural habitat, prowling technical area in his navy mac. He was encouraging of his side, clapping periods of good play and celebrated Son Heung-min’s opener with passion, turning around to his bench and punching the air. That was nothing in comparison to what he had in store after Lucas Moura’s second, unleashing the famous kneeslide. He also showed his softer side, joining in for part of the minute’s applause for West Ham fan Lily Harris, who recently died. He remained calm when Spurs put themselves under pressure in the final 15 minutes with some sloppy play and even played peacemaker after a spat between Harry Kane and Robert Snodgrass. This was a man, for the moment, free of any pressure.

Moura the same with tactics

Mourinho had said all week that he was not going to deviate from the base that had served Pochettino so well for the majority of his time at the club and he stuck to his word, setting up in a 4-2-3-1 formation. Eric Dier and Lucas Moura were notable selections, with Mourinho having tried to buy both men in the past, while Dele Alli was selected to play closest to Kane.