I would never manage Tottenham – Lampard 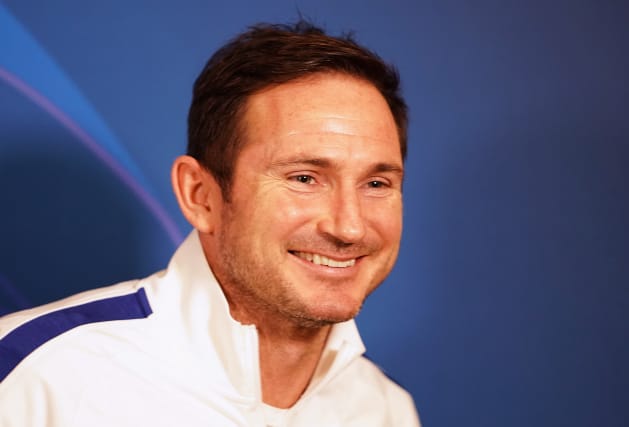 Chelsea boss Lampard believes Tottenham are still a top-four threat for the Premier League this term, despite Spurs languishing down in 14th place after 12 matches.

Mauricio Pochettino was sacked this week and two-time Chelsea boss Mourinho jumped straight into the hot seat at the Blues’ bitter rivals.

When asked if he could ever envisage managing Spurs, Lampard replied: “I can firmly say no, and you can replay that again in 10 years.

“It wouldn’t happen but I think things are different for me.

“I was here for 13 years as a player and have an absolutely deep feeling for a club.

“Chelsea is certainly so close to my heart hence why I am so proud to manage the club and why I wouldn’t manage Tottenham.

“That’s no disrespect to anyone, it’s just because of what Chelsea has given me over my time as a player and now, it’s certainly not on my list.”

Asked if he was surprised Mourinho took the helm at Tottenham, Lampard said: “That’s only his decision, and you make that decision as you go.

“He’s managed a lot of football clubs and that’s what happens.

“If fans judge you that’s out of your hands. As a professional you have to understand the right to work.”

Lampard revealed he has sent Mourinho a good-luck message ahead of the Portuguese boss taking charge of Tottenham for the first time.

“We had a couple of messages just to wish him well in his new role as he has always done for me.

“Spurs are a very good team. At the start of the season Spurs were a lot of people’s favourites to be in the race.

“But if you look at what Pochettino has built, I have huge respect for what he’s built.

“They are in a slightly false position I believe.

“They have all the structure, stadium and all those things. They will be a threat without a doubt, Tottenham.

“Without a doubt they are in the top four race, that’s the start at the start of the season and it will be the story now.

“That’s why they reached the Champions League final.

“If you look at the strength in depth, they are going to be a threat. I knew that before and I know that now.”

Christian Pulisic is in contention for Saturday’s Premier League trip to Manchester City, with the United States forward back in full training after a groin concern.

Callum Hudson-Odoi could miss out however due to a minor hamstring issue picked up on England duty.

Champions City are already nine points shy of Premier League leaders Liverpool after a patchy start to the new campaign, but Lampard insists Guardiola’s men have not lost their edge.

“I still see them as the same strength,” said Lampard.

“I’ve watched them a lot this international break. They’ve had their injury problems but they are a great team and still as big a threat as they always have been.

“It’s a great test tomorrow, head to head, to see where we’re at.

“But anyone can go to Manchester City, play at their best and still and lose.

“So I won’t be making huge judgements win or lose tomorrow without a doubt.

“Our story is three months in the making. Their story has been four years and more of hard work from top to bottom.”