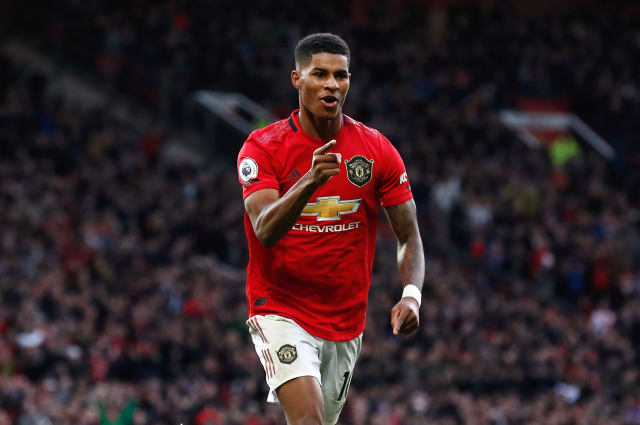 Striker Marcus Rashford believes living up to the high expectations playing for Manchester United brings helps him to deal with pressure.

The 22-year-old, currently preparing for England’s match against Montenegro, is one of 54 players to have scored more than a half-century of goals for the club.

He has been in the spotlight from the moment he made his debut as a last-minute change to the starting line-up in a February 2016 Europa League game against FC Midtjylland.

However, during his meteoric rise he has had to endure his fair share of criticism and scrutiny but he believes the club’s values have helped him to cope.

“For me, at Manchester United, they develop you to a stage where you don’t necessarily feel the pressure,” Rashford, speaking before Raheem Sterling’s England spat with Joe Gomez, told Inside United magazine.

“It’s more just something that you have to live up to. But because you’ve been there for so long, they try to instil it into you to try to live up to the expectations of Manchester United – which, of course, are very high.

“Naturally, if you do live up to the expectations, you don’t have to deal with any pressure. So that’s the way I think about it.

“For me, I’ve been at United for many years and the amount of friends I’ve seen come and go is huge, and it just makes you feel privileged that you managed to get the opportunity.

I just try to maintain a level head. You know, whether you win or you lose, if you try to keep the same sort of feeling and a level head, it tends to help you best

“But once you get the opportunity, the hardest thing is staying there. So that’s the challenge.

“I just try to maintain a level head. You know, whether you win or you lose, if you try to keep the same sort of feeling and a level head, it tends to help you best.”

Rashford, a product of United’s academy which he joined at the age of seven, admits there is a huge adjustment which takes place when you make a first-team breakthrough.

“The first couple of games that you play, it can be tough, when you go back home or when you go to the shop,” he added.

“A simple thing like going to the shop to buy something: it used to take you two or five minutes, but now is like a 30-minute trip to go and get something.

“Little things like that. You just get used to it, you become accustomed to it.”