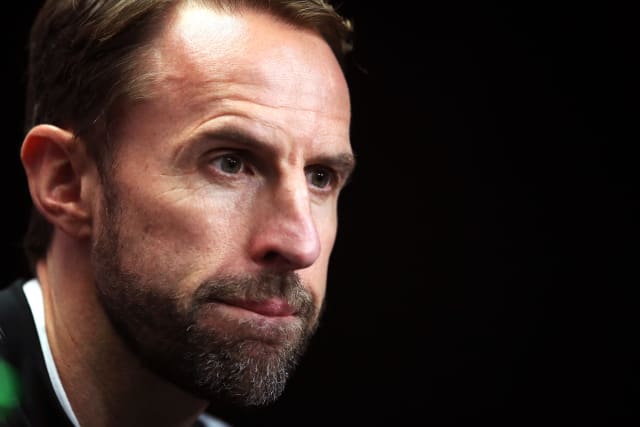 Gareth Southgate believes England’s first qualification defeat in a decade shows how far they are from becoming “a really top team”.

Many expected victory in the Czech Republic and early qualification for Euro 2020, only for the hosts to capitalise on a poor display and end a 43-match unbeaten run in Euro and World Cup qualifying matches.

Harry Kane’s fifth-minute penalty was as good as it got for the visitors as Jakub Brabec quickly levelled and substitute Zdenek Ondrasek netted a dream debut goal late to secure the Czechs a shock 2-1 comeback win.

Monday’s Group A trip to Bulgaria offers England the chance to make amends for a performance that understandably left Southgate frustrated.

“Clearly that’s not a night that we wanted to be a part of in terms of that record,” Southgate said after England lost a qualifier for the first time since October 2009 in Ukraine.

“We didn’t play well enough, simple as that. We conceded possession of the ball too cheaply.

“Particularly in the first half we didn’t create enough chances. Second half we had some good chances that we didn’t take and throughout the night we were too open out of possession.

“Some of that was because of giving the ball away. So we gave the Czechs, who played well, got to give them credit, we gave them too many opportunities to score.”

Few could have foreseen this outcome given the way England carved the Czechs open to win March’s Group A opener 5-0.

But, much like last month’s 5-3 win against Kosovo, Southgate’s side looked shaky at the back – and this time they lacked the attacking spark to get them through.

“I think whatever the balance, we didn’t use the ball well enough,” the England boss said.

“And in terms of a wake-up call, I think we’ve had a lot of plaudits. I think we’ve always maintained that there’s a lot of work to be done to be a really top team.

“I think tonight was clear evidence of that. We have to respond in the right way.

“We have a couple of days to regroup, not long, and we have to reward our supporters with a better performance than we gave tonight.

Czech counterpart Jaroslav Silhavy spoke in the pre-match press conference about targeting England’s imperfections, yet could hardly believe how much joy they experienced on Friday night.

“I’m obviously over the moon but I have to thank my players, first and foremost, because they played great,” he said.

“It was a 100 per cent performance and that is the only way to succeed really, so we are very happy and I think time will show that we made history tonight because we defeated England after so many years and at a time when they are playing really well.”