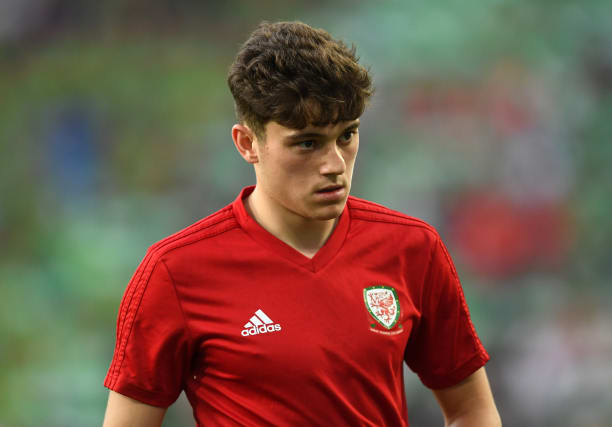 Daniel James is determined to respond to a difficult time for Manchester United by improving Wales’ Euro 2020 qualification hopes.

United have made their worst start to a top-flight campaign for 30 years after picking up only nine points from their opening eight games.

Sunday’s 1-0 defeat at Newcastle – who started the day only one place off the bottom of the table – left Ole Gunnar Solskjaer’s side just two points above the relegation zone.

“It’s important in football to react when things aren’t going so well,” said James, who has been United’s standout performer with three goals since his £15million summer move from Swansea.

“It’s alright when things are going good, but it’s important to deal with things when they are bad.

“It was the same when I was at Swansea and things weren’t going so well. I’ve always dealt with it exactly the same.

“I’ve had a good start personally (at United) and I’m enjoying my football. It’s about taking that into playing for Wales as well.”

James has had a meteoric rise from Swansea bit-part player to United first-team regular in the last 12 months.

The 21-year-old scored the winner on his first Wales start in March – against Thursday’s Euro 2020 qualifying opponents Slovakia – and there is expectation on him now to deliver both at club and international level.

But James says he can handle the huge pressure that comes with being in the United spotlight as well as a fully-fledged international.

“If you’d said a year ago what was going to happen to me I’d have said ‘Don’t be silly’,” James added ahead of the Group E qualifier in Trnava.

“It is massive progress in the space of a year being a Man United regular and playing for Wales.

“But things happen so quickly in football you have to be ready for anything. That goes when things go badly as well.

“A year ago I wasn’t really playing for Swansea and everything just happened so quickly.

“It is just a case of how you grasp that. Everyone who speaks to me just says be yourself and don’t let anything trouble you.

“I think having established myself at Man United so quickly has helped me. There is going to be pressure going into these games this week, but I’m used to that now.

“European football (with United) is similar to playing away in these countries. When you are expected to win the group then going away to any team – Slovakia, Azerbaijan, whoever – with different atmospheres, pitches and cultures, then it is really difficult.”

James recalls being on a family holiday in Spain when Wales made their way to the semi-finals of Euro 2016 in France under Chris Coleman.

Wales – who trail group leaders Croatia by four points with a game in hand – are a much-changed squad three years on, and James is part of an exciting and youthful group who have been given opportunities by manager Ryan Giggs.

“I remember watching it (Euro 2016) in Marbella and it was amazing to get to so far,” James said.

“The expectation now is to get back to the Euros. That’s what we want to do and it would be amazing for me and the rest of the young players to experience that.

“All the youngsters are grasping our roles – Harry Wilson, Ethan Ampadu – and there is a younger generation coming through. It is just a case of whether we can go on and qualify now.

“We’ve got two massive games this week – Slovakia away and Croatia at home – but the gaffer says we are capable of doing anything as a team. If we can go to Slovakia and win that would be a big statement.”