Day 15 at the Rugby World Cup: Unconvincing Ireland get the job done 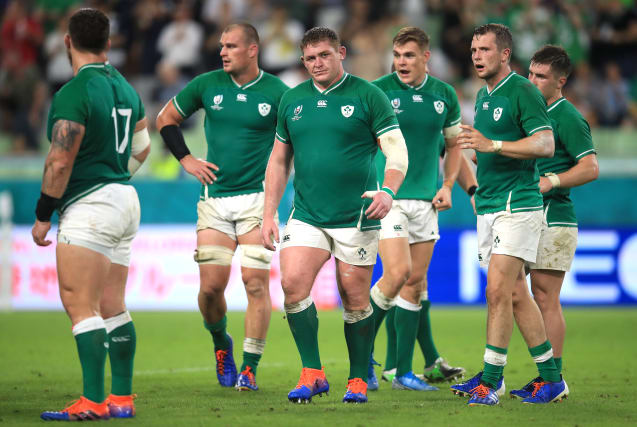 Ireland claimed the requisite bonus-point win over Russia but concerns over injuries and conditions, and another not entirely convincing performance, leave question-marks over their Rugby World Cup challenge.

Elsewhere, Fiji shrugged off their surprise loss to Uruguay with a reminder of their exhilarating brand of attacking wing-play as they coasted to victory over Georgia.

With South Africa also limbering up for their crucial clash with Italy on Saturday, the PA news agency takes a look at day 15 of the Rugby World Cup.

Typhoons, stifling heat and even rumbling earthquakes have made the World Cup memorable from a meteorological point of view – and the conditions have got Ireland coach Joe Schmidt concerned.

Schmidt watched his side labour to a bonus-point victory over Russia on Friday with a performance that suggested they might not have it all their own way in their next crucial clash against Samoa.

Schmidt said: “I liked the way we controlled the game in very tough conditions – we were maybe a bit loose with the ball at times in those greasy conditions and high humidity.

“We knew there were 65 handling errors in the two games previously and we maybe tried to make 65 ourselves.

“I’ve spent a fair bit of time in Samoa myself and I know how humid it is there, so they’re going to be a little bit more acclimatised to them.”

No fresh issues for Sexton

Ireland fans might have feared the worst when Johnny Sexton exited the win over Russia at half-time, but Schmidt insisted it was not due to any new injury concerns.

Sexton missed the defeat to Japan with a thigh injury but returned as captain against the Russians, where cameras caught him applying ice to the injury.

But Schmidt insisted at a press conference: “He’s just trying to cover his bases – he certainly could have played on.”

Flying Fijians back to their best

Fiji finally got the chance to show off their flair as they shrugged off defeats to Australia and Uruguay in a 45-10 cruise against Georgia.

John McKee’s men might have been languishing at the foot of Pool D but their second half display both won friends and boosted hopes of a third-place finish which would guarantee them qualification for the 2023 World Cup.

Fiji’s blazing second half wing-play in particular delighted McKee, who said: “[It was] a real arm-wrestle for the first, probably, 45 or 50 minutes, but to come home so strong and score some really good tries is very pleasing.

“It’s great to see us scoring some tries out wide and showing our talents to
the world.”

The Springboks lost their opening match to New Zealand and despite hitting back by scoring nine tries against Namibia, they know anything less than a win over the Italians would end their World Cup dream.

Kolisi said: “We’ve got a really important game, and every game from now is a play-off game because, if we slip up, we are out of the competition.

“Italy are a good side who have beaten us in the past. In a way, we are fortunate that we have to play a knockout game earlier than normal.”

Scotland assistant coach Mike Blair believes changes may have to be made to future World Cups in order to manage the increasing physicality of the game.

The Scots face a four-day double-header against Russia and Japan as they look to continue to bounce back from their opening defeat to Ireland and book their place in the quarter-finals.

Blair says either the tournament schedule should be increased or greater squad numbers should be allowed in order to prevent some nations feeling “vulnerable.”

Blair said: “I think bigger World Cup squads would certainly help. It’s a challenging position to be in.

“You leave yourselves a little bit vulnerable in some positions when you cut down to 31-men.”