Ireland can learn from ’07 England: Farrell 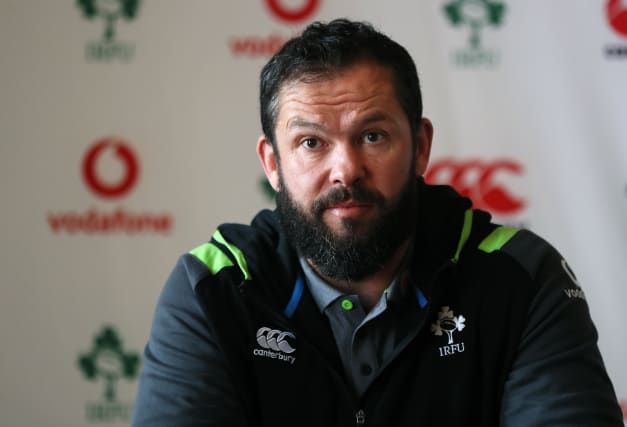 Andy Farrell has called on Ireland to channel the spirit of England’s 2007 World Cup run to turn their Japanese quest on its head.

Ireland suffered a stunning 19-12 loss to host nation Japan on Sunday, handing the rugby world a craved upset to light up this edition of the tournament.

Now head coach Joe Schmidt’s side must see off Russia on Thursday and Samoa on Saturday, October 12, to progress from Pool A to the quarter-finals.

And defence coach Farrell has insisted Ireland must follow the example of the England side of 2007, who flipped a torrid start upside down to reach that tournament’s final.

England were thumped 36-0 by South Africa in the group stages in France only to regroup and meet the Springboks again in the final.

“The Japan defeat is a setback, but it’s also something you can use in the right manner,” said Farrell, who was part of England’s World Cup squad in France in 2007.

“If you look at the last two World Cups, South Africa losing to Japan, then going on to lose the semi-final 20-18.

“Then in 2011 France seemed to be in disarray throughout that competition and there’s a debate on whether they should have won the final or not.

“And even in 2007 I was part of the England squad that had a thrashing off South Africa. There was a bit of turmoil in that camp but then, managed to get to the final, and there was some debate about a try that was disallowed.

“After a couple of days, we understand the reasons why we lost, we’re in good spirits, back on track – and ready to prove a point.”

Schmidt was left to lament the refereeing performance of Angus Gardner in the loss to Japan. He revealed the tournament’s officiating bosses had informed them three penalties awarded against them were incorrect.

Farrell joked Ireland have been training in rugby league style to make sure they stay onside against Russia on Thursday.

But the Ireland defensive specialist also insisted the players must still sharpen up without the ball.

“It’s like any type of error that you make as a team, you’ve got to adapt and have a no excuse mentality,” said Farrell.

“The only point Joe was trying to make was that we’re a side that pride ourselves massively on our discipline.

“We don’t want to go back into our shells, in fact we’ve been practising rugby league this week, going back 10 metres, so that we’re not offside.

“All we can do is make sure that we are disciplined and we want to show that on Thursday night.

“If you look at that bonus point at the end with Keith Earls chasing back at the death, and the three minutes just before half-time when we kept them out there as well.

“So there was some heroic stuff from certain lads, but it’s not the usual defensive pressure performance you often see from ourselves.

“The stuff that was going on in and around the breakdown is something we need to take care of ourselves.”