George insists England will not be rattled by Argentina taunts 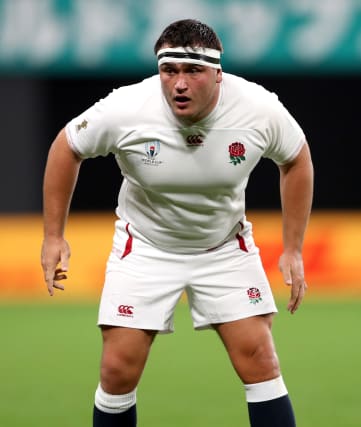 Jamie George has warned Argentina that their attempts to unsettle England ahead of Saturday’s pivotal World Cup showdown will fail.

Pumas talisman and former captain Agustin Creevy lit the fuse for the Pool C collision in Tokyo by declaring Eddie Jones’ team play “boring” rugby and should be ready for a “war”.

England ran in 11 tries in their convincing wins over Tonga and the USA and George, the Saracens and Lions hooker, does not recognise Creevy’s view of the nation’s playing style.

“I don’t think we play boring rugby. I’m not overly surprised that he’s tried to say that, but he’s entitled to his opinion and hopefully we’ll prove him wrong on Saturday,” George said.

“In my opinion I don’t think it’s very justified. I’m sure he’s just trying to rattle us a bit. He’s more than welcome to try.”

When reminded that boring is an accusation that has been made against his club Saracens, George replied: “It’s trophies in the bag. We are used to it!”

Creevy will become Argentina’s most capped player when he wins his 88th cap on Saturday and is regarded by England as the the Pumas’ “spiritual” leader, a gnarled veteran who carries the fight to opponents.

The 34-year-old is well versed in English rugby after spending two seasons at Worcester until leaving in 2016 to Buenos Aires-based Super Rugby franchise the Jaguares.

While he also added that he loved his time in England to the point he would eventually like to move there with his wife, also holding the nation’s rugby team in great affection, he has placed pleasantries on hold as Saturday approaches.

“Creevy might just have been at a boring club in England, I don’t really know!” Wisemantel said.

“I don’t think that (England is boring) and he obviously hasn’t been watching much of the Premiership as there are some excellent teams.

“There are some excellent teams in the Premiership with so many different styles.

“And it is a bit like me making a judgement call on the Jaguares – they are very different.”

When asked to describe England’s style of play, Wisemantel said: “It’s varied and can be very structured at times, but you have to remember in this tournament a third of our tries have come from unstructured play. I don’t necessarily agree with Creevy.”