Gale says best is yet to come after joining Leeds 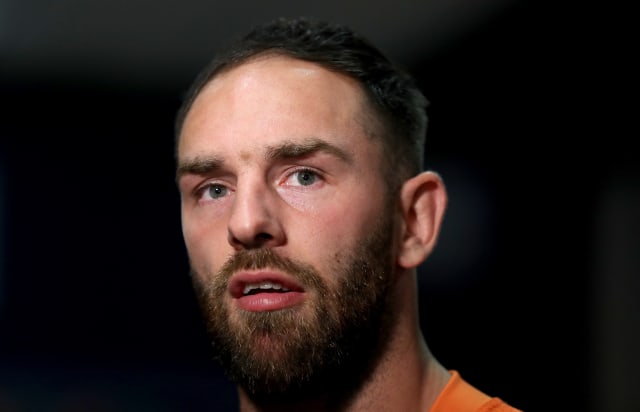 Luke Gale insists he has still got his best football in front of him after completing a move from Castleford to hometown club Leeds on a three-year deal.

The Rhinos have paid an undisclosed transfer fee, thought to be around £150,000, for the 31-year-old England half-back, who missed the whole of the 2019 season with a ruptured Achilles but still had two years left on his contract.

Gale, who has been forced to miss the end-of-season Great Britain tour, has passed a medical and is hoping to recapture the form that earned him the Man of Steel award in 2017 and made him a regular during England’s run to the 2017 World Cup final.

“Since 2017 there’s been more downs than ups, with a couple of tough injuries, but I still think I’ve got my best footy in front of me,” he told a press conference at Headingley. “I’m 31 but I still feel 25.

“I know I can add a massive impact on the Leeds team.

“The hardest thing to come to terms with is missing Great Britain and that would be one thing I’d love to do.

“We had a meeting a couple of months ago when we tried on the GB stuff which was real tough to take knowing you’re not going to be a part of it.

“I want to get back to full fitness and show Wayne (Bennett) I’m back to form.”

Gale began his career in the Leeds scholarship but left in 2007 after finding half-backs Rob Burrow and Danny McGuire in front of him and plied his trade with Doncaster, London and Bradford before joining Castleford in 2015.

“It’s a pretty incredible story to be honest,” he said. “I was on the Rhinos’ books at 12 years old and it’s come full circle.

“There’s been a burning ambition to come back to the club and I’m over the moon it’s finally happened.”

Castleford say Gale leaves with their best wishes and that they have already secured a replacement, widely expected to be St Helens scrum-half Danny Richardson, who was in the 2018 Dream Team but has been restricted to just 10 Super League appearances this year.

Leeds coach Richard Agar says Gale will provide the team with leadership and a kicking game that has been missing this year but insists it does not automatically mean the departure of Richie Myler.

“We were very open with Richie and told him we were looking at a deal for Luke,” said Agar, who also has high hopes for 20-year-old half-back Callum McLelland who is currently on loan to Featherstone.

“To have an abundance of riches like that will strengthen us, but at the same time we know Richie is an experienced half-back who wants to play first grade. But he still can.”

Meanwhile, Agar has confirmed the club have given Australian forward Trent Merrin the option to leave for personal reasons and says he spoke to two potential replacements during a recent visit Down Under.

Merrin, a former Kangaroo who is one third of the way through a three-year deal, returned to Australia on compassionate leave earlier in the year due to a family tragedy.

“We have given him the opportunity to have a look to see if he can source any deal that suits him closer to home,” Agar said.

“We are in constant dialogue but we have put a timescale on it. There’s a strong part of him that wants to come, but sometimes some overriding family situations are far more important than rugby league.”