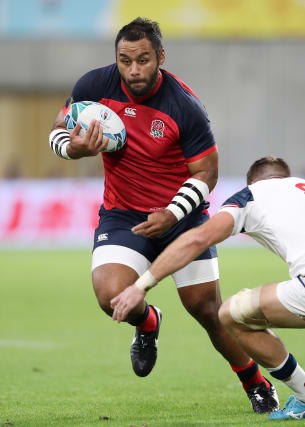 England players have been engaging in uninhibited psychologist-led honesty sessions to help heal the wounds of the 2015 World Cup debacle.

Billy Vunipola has revealed there were “handbags thrown” as the squad gathered to exchange candid views during training camps that took place in the build-up to their latest quest to lift the Webb Ellis Trophy.

Four years ago England crashed out of the World Cup they were hosting at the group stage following successive defeats to Wales and Australia, plunging Twickenham into crisis.

And it took a mental toll on the players that Eddie Jones addressed before departing for Japan by tasking psychologist Corinne Reid to run group therapy sessions.

“Eddie has definitely got the baggage out. It was something that was very important to us and it has probably freed us up a lot in terms of our relationships,” Vunipola said.

“Everything that we felt or thought, we just put it out to the group. There were a few bumps in the road but like anything in the world – with your family and things like that – there are always mishaps.

“It helps to listen to each other and caring about another person’s opinion and taking it on board, rather than going back to your room and having a little moan to your mate.

“I think this is the first team that is willing to go deeper than saying ‘I think you should have hit this ruck.’ We have got down to it – and it has been good.

“You know Eddie will always look for things to improve us and that was probably the biggest thing we needed to improve – how together we can be.

“Every other team says they are doing it, but being brutally honest can hurt a few feelings.

“Being within the confines of England rugby, a lot of us are very precious. When you’re at your club, you’re the main man, but when you’re with England you’re just the next person.

“There were a few handbags thrown around but it was really good. She (Corinne Reid) gave us the platform to do it.

“It’s really hard but it is a thing – men don’t know how to talk about their feelings. It took us a while but we got there in the end.”

Captain Owen Farrell has said that players dealt with the fallout from 2015 in their own individual way and for Vunipola it has been a galvanising force that he has taken to the Far East.

“What drives me a lot is doubt – from people doubting my personal abilities but also doubting the team,” the Saracens back row said.

“That’s because I’m in a team environment and what people say about us can either affect you and make you crumble, or helps you to prove everyone wrong. So it’s something that I like to use.

“And 2015 was massive because we went in with massive expectations on our backs and we didn’t deliver. We’ve been a bit quieter coming into this tournament and hopefully for us as a group that’s a positive thing.

“When 2015 happened everything turned on its head. But as as a group, we’ve talked about things that we’ve never been able to put out there and it’s brought us closer together.

“There’s a lot more respect in that changing room for each other and it’s been really fun.”

Vunipola is the only player to have started all four warm-up Tests and the victories over Tonga and USA and the Saracens number eight, who sustained three broken arms in 2018, is enjoying the workload.

“This is probably the best shape I have been in for the last two years so to not take advantage of that would be terrible for me,” he said.

“I don’t go into contact as hard if I am worrying about being wrapped up in cotton wool.”