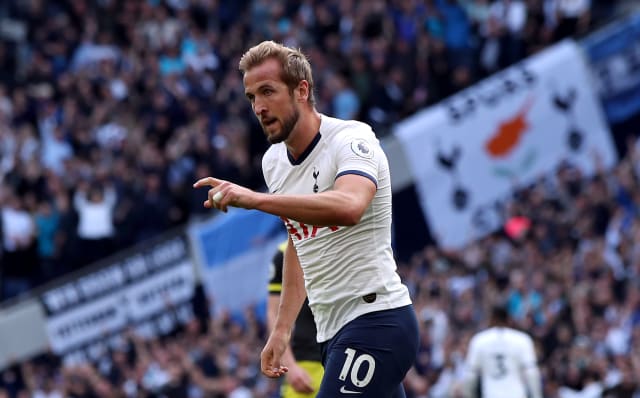 Tottenham striker Harry Kane believes his side made a “massive statement” that they are fighting for the badge after their backs-to-the-wall win against Southampton.

Spurs have been besieged by problems after a summer of unrest in the dressing room, where a host of key players were uncertain of their future.

Boss Mauricio Pochettino said that they would need time to regain their unity and spirit, but Saturday’s win suggested that it is not too far away.

Spurs battled for over an hour with 10 men after Serge Aurier’s red card, bouncing back from a horrific error from Hugo Lloris to hang on to a vital three points, with Kane himself scoring the winner.

Kane’s desire to play for the club has never been questioned, and his man-of-the-match performance again highlighted that, but he says the display against the Saints shows the whole squad is now on board.

“I think it was a massive win, and a massive statement to the fans and the club for the players to show how much they want to fight for this club,” he said.

“We were going through a tough spell, but that is all you can do – dig deep and find ways to win.

“It wasn’t our prettiest win at home, but it shows how much we all care about the club.

“We are delighted with it and hopefully we can push on from here.

“The performance today speaks for itself in terms of everyone fighting for the badge, and that was the past.

“We have just got to look forward. All I can say is I am proud of my team-mates for that win.”

The manner of the performance was timely given Bayern Munich’s midweek visit in the Champions League.

Running around with 10 men for more than 60 minutes was not so timely, but Kane says tiredness will not be an issue on Tuesday night.

“That’s football,” he said. “You can’t control that. We have got a big enough squad to handle it.

“We have got a few days now, but we are used to that schedule now.

“Whoever the manager picks on Tuesday, I am sure they will be ready to go.

“As a team it is important to try and get a win as soon as possible. We know how tough it was last year when we didn’t win for the first few games in the Champions League.

“Especially being at home, we have got to take advantage of that, it will be a great atmosphere.

“It is a big game for us, and hopefully we can perform and get the win.”

Spurs’ afternoon against Southampton might have not been so tough had Lloris not tried to perform a Cruyff turn in his own six-yard box which allowed Danny Ings to tackle him for the equaliser.

But to his credit the France captain responded after the break with two fine saves to help his side keep the points.

And he believes his response was the most important thing.

“You know as a keeper you can face that type of moment,” he said.

“The most important thing is how you react, to keep on pushing up. I was really upset with myself, but that’s normal.

“The most important thing is in the second half I stayed in my game, I stayed calm and this mistake didn’t cost the team any points and that’s important to me.”