The key questions ahead of the second Ashes Test 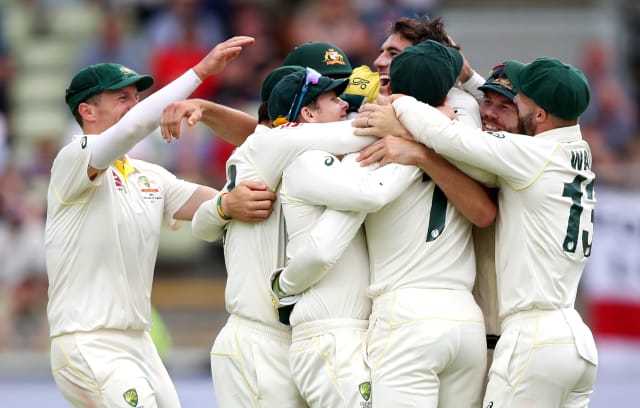 England and Australia resume battle at Lord’s this week with the tourists 1-0 ahead following their thumping win at Edgbaston.

Here PA addresses the key issues ahead of the match.

England lost the first Test by 251 runs, what is different this time?

At least two personnel for a start. Paceman Jofra Archer is a certainty to take over from the injured James Anderson and at least one of their left-armers – spinner Jack Leach and swing bowler Sam Curran – will play. Perhaps both.

What will they add to the team?

In a word, variety. Archer routinely reaches 90mph and hit a top speed of 95.7mph during the World Cup. He is uncapped at Test level but prefers bowling with a red ball and can unsettle top players with his bouncer. If selected Curran offers a change of angle and a natural ability to swing the ball. Leach, meanwhile, replaces the out-of-sorts Moeen Ali in the squad and could bring greater control as well as testing the theory that Steve Smith is vulnerable to slow left-armers.

Is Steve Smith really vulnerable to anything in this form?

England had no answers to Smith’s twin centuries in Birmingham, and his long stints at the crease might only have served to fine tune him for more of the same. Either way, it is fanciful to think Leach, with five Tests and 20 wickets to his name, will suddenly become his Kryptonite. Privately, England are keeping expectations realistic and would probably accept a containment job from the Somerset man. They will also be aware he scored 215 and 58 on his last appearance at the home of cricket.

What will the pitch do?

It takes a brave or a foolish man to confidently predict how a five-day match will unfold but the consensus suggests that things will be a little easier on the batsmen than they were in England’s recent Test against Ireland. Captain Joe Root was publicly critical of the surface after both sides were skittled for under 100 and Lord’s groundsman Karl McDermott will be keen to show he can do his bit to ensure less frantic fare.

What impact will the weather have?

The forecast is terrible for day one, with the potential for further scattered showers during the rest of the match. Significant chunks of lost time generally favour the side with an existing advantage, leaving Australia happier than England if matters meander in the direction of a draw. Root must be careful not to chase the game too hard and risk losing it, though. England’s team selection could also hinge on the weather, with Leach less likely to play the shorter the game is.

Are there any more reasons for optimism?

For all touring teams, and Australia in particular, relish the chance to come to Lord’s and put one over the hosts, nobody in either dressing room feels as happy here as Chris Woakes. In four Tests on the hallowed turf he averages 68.50 with the bat and 9.75 with the ball, with a century and three five-wicket hauls earning him a quartet of appearances on the honours’ boards.