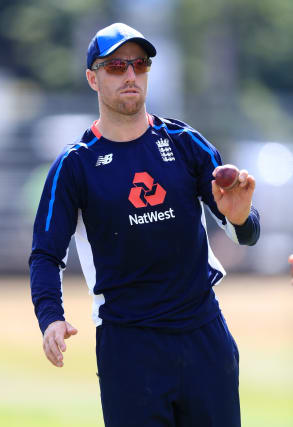 England face decisions over James Anderson’s replacement and their spin option for the second Ashes Test at Lord’s.

They will also have to overturn the weight of history after opening the series with defeat at Edgbaston and here, PA takes a statistical look at the issues facing England.

Moeen Ali endured a difficult first Test at Edgbaston, leaving his place in the team under threat from Jack Leach.

England’s regular off-spinning all-rounder is not far removed from a purple patch in Test cricket – he has 48 wickets at 25.27 in the last 12 months, with particular success against India and Sri Lanka.

He was unimpressive in England’s victorious World Cup campaign, though, averaging 18.75 with the bat and 46 with the ball, and has not rediscovered his form on England’s return to Test mode.

Somerset’s Leach has far less experience, with five Tests since his debut in March of last year, but 20 wickets at 26.20 offer reason for optimism. That includes hauls of five for 83 and four for 72 against Sri Lanka, admittedly in spin-friendly conditions in Pallekele and Colombo respectively.

His left-arm orthodox style also counts in his favour, with that classification of bowler posing the closest thing to a weakness in Steve Smith’s game.

The Australia talisman, who scored 144 and 142 in the first Test, averages 34.90 against orthodox left-arm spin in Tests, compared to 92.85 against off-spinners such as Moeen according to data from CricViz.

Moeen’s batting has also fallen away alarmingly in the last year, scoring just 287 runs at an average of 15.10 with three half-centuries and making only 13 in four innings against Ireland and Australia. Leach’s 92 as a nightwatchman opener against Ireland suggests even England’s batting may not be weakened too significantly by a change.

Archer to take aim at Australia

With new-ball bowler Anderson ruled out of the second Test by the calf problem that forced him off early in the first, Jofra Archer’s Test debut looks set to be accelerated.

The Sussex paceman has primarily starred in Twenty20 in his career to date but has a strong record in first-class cricket too, with 131 wickets at 23.44 in 28 matches.

That includes five five-wicket hauls, with a best of seven for 67 against Kent in the 2017 County Championship, and one 10-wicket match haul when he finished with 11 for 137 at Leicestershire later that same season.

His extra pace would also give England’s attack another dimension, although Smith averages over 90 against deliveries of 140km/h and above according to CricViz.

Archer took 20 World Cup wickets, joint-third most in the tournament, at an average of just over 23 and was entrusted with the decisive super over in the final against New Zealand, so the pressure of a Lord’s Test debut would not faze him.

History is against England

Another concern comes with the record of teams who have lost the opening Test of an Ashes series. Only six times have England lost the first Test and recovered to win the Ashes, with the same true of Australia.

The most recent example was the memorable 2005 series, when Australia opened with a 239-run win but England bounced back to win 2-1 with tense victories at Edgbaston and Trent Bridge. Even then, England’s defeat came at Lord’s where Glenn McGrath took nine wickets in the match.

“Botham’s Ashes” of 1981, when the great all-rounder inspired a third-Test comeback at Headingley and went on to take 34 wickets at 20.58 and hit two centuries in the series, marked another England comeback – that and 2005 show the level of individual or team performances that have been required to overturn an opening loss.

The 1997 series is the only post-war example of Australia winning the Ashes after losing the first Test – recovering from a nine-wicket loss at Edgbaston to win 3-2 with thumping successes at Old Trafford, Headingley and Trent Bridge. England’s 1955 win makes it four total examples since the Second World War.

No regrets for Luther Burrell after early return from rugby league