Reminder of past glory helped Rory to be the story 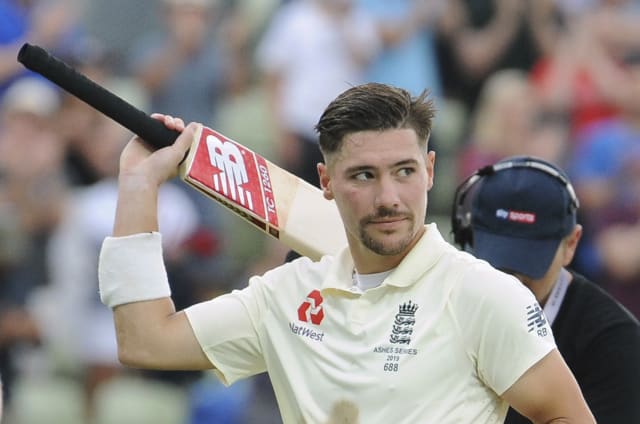 England opener Rory Burns revealed a meeting with the 2005 Ashes winners on the eve of the latest showdown against Australia provided the inspiration for his maiden Test century at Edgbaston.

The Surrey captain averaged a paltry 22.28 in his seven previous Tests but produced a gem of a throwback innings on the second day of this series opener, amassing 125 not out off 282 balls as England closed on 267 for four.

Any speculation about his place has been quashed, not that he had been paying attention to media scrutiny anyway, after ushering England to within 17 runs of Australia’s first-innings total.

And he admitted afterwards that the current crop’s evening with their predecessors of 14 years ago put the fire in his belly.

He said: “It’s quite hard to put into words, to be an Ashes cricketer in the first place is a wonderful thing.

“We connected with some past players, some of the 2005 winners the night before and I was literally ready to run through a brick wall at that stage and get right in amongst it.

“The night before I probably played my first ball a few times and probably celebrated a hundred a few times. To get over the line is a wonderful feeling.

Burns compiled a pair of single-figure scores against Ireland last week, his meagre Test record before his titanic effort here leading to speculation he could be dropped.

But Burns added: “I literally buried my head in the sand to all sorts, comments, media, that sort of stuff.

“I just tried to get myself around people that back me – team-mates, coaches – I tried to back my own skills and obviously it’s another opportunity to nail down a spot.

“I went to someone (coach Neil Stewart) who’s known me since the age of six, he’s been coaching me.

“I just tried to get a bat in hand as much as I could over the last four or five days in-between this (and the Ireland Test). Just replicating what I was doing and staying true to what’s gotten me to where I’ve got to.”

Burns, who had a major moment of fortune on 21 when Australia decided against referring an lbw shout off Nathan Lyon that would have curtailed his innings, spent a little under an hour in the nervous 90s.

The left-hander took 10 balls to get from 99 to three figures, doing so with a clip into the leg-side and scrambling to the non-striker’s end, where James Pattinson’s direct hit had hearts in mouths.

“My general thought when I was on 99 and Nathan Lyon started bowling quite handy stuff was trying to talk myself out of sweeping him. It’s a shot of mine and, one away, you get caught up in that.

“But then I was just trying to stay level and almost wait for the ball that was in my area just to tickle somewhere.

“I missed out on one from (Peter) Siddle the over before so when I nudged into that gap I backed my sprint speed to get over the line.”

After a chastening day for Australia, team mentor Steve Waugh said: “It’s one of those tough days of Test match cricket.

“I thought our boys really toiled well all day. It wasn’t easy there. There were moments where we bowled really well and not much seemed to happen.

“If they do the same thing, we could get a couple of edges first up and it could be totally different. You’ve got to fire up again and give it 100 per cent.”

Australia endured a moment of misfortune when James Pattinson’s delivery grazed Joe Root’s off-stump, only for the bails to remain in place. England’s Test captain was on nine at the time and went on to contribute 57.

Waugh added: “I was down on the ground when it happened and it made a funny noise. I wasn’t sure what it was. But that is just bad luck, you are a millimetre from taking a wicket.

“From a batting point of view you have to cash in on those moments. Maybe it was a sign that it wasn’t going to be our day.”