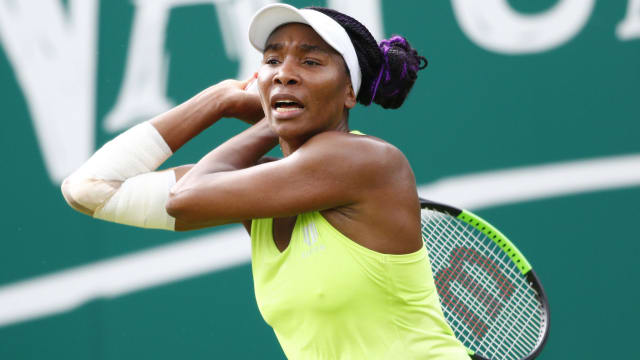 Venus Williams' tough run of form continued with a first-round loss to Bethanie Mattek-Sands at the Silicon Valley Classic, while Victoria Azarenka cruised through.

Williams has won just two matches since the French Open and the American veteran went down to Mattek-Sands 6-7 (4-7) 6-3 6-1 in a battle of the wildcards at the WTA Premier tournament in San Jose, California on Tuesday.

The seven-time grand slam singles champion had won her previous four matches against Mattek-Sands, but that run came to an end.

Azarenka, meanwhile, is continuing to enjoy a fine season and was untroubled by qualifier Harmony Tan, winning 6-2 6-4.

.@vika7 advances to the @MubadalaSVC second round!

Vekic was one of two seeds in action, with Danielle Collins also progressing, getting past Zhang Shuai 6-4 5-7 6-2.