Rumour Has It: United, Juve agree Lukaku-Dybala deal in principle 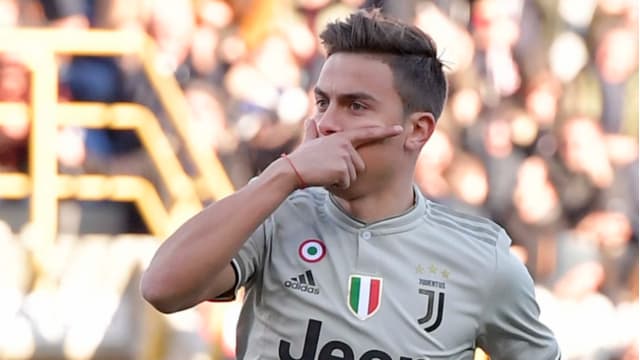 In what shapes as being one of the biggest moves of the close season, Dybala could be heading to Manchester United and Lukaku to Juventus.

And unlike Inter's move for the striker, Juventus appear to be making progress with the Premier League giants.

Manchester United and Juventus have agreed a swap deal involving Dybala and Lukaku in principle, according to Sky Italia.

All that is left is for the Premier League club to agree terms with the Argentina international and the blockbuster move would be complete.

Lukaku has been heavily linked with a switch to Inter, while Dybala's Juve future has been uncertain after four seasons in Turin.

- Amid uncertainty at Valencia, former Real Madrid and Manchester United boss Jose Mourinho is being lined up as a potential replacement for coach Marcelino, according to Libertad.

- Neymar's potential return to Barcelona appears no closer to a resolution. Marca report Paris Saint-Germain have little desire to negotiate with the LaLiga champions, unwilling to even listen to offers from Barca. The saga rolls on.

- Nicolas Pepe is set to become an Arsenal player. The Mirror and The Sun report the striker's move from Lille for £72million (€78.5m) is done amid apparently leaked photos of the Ivory Coast international modelling the Premier League club's kit.

- With their move for Lukaku seemingly off, Inter are again turning to Roma striker Edin Dzeko. According to Gianluca Di Marzio, there was fresh contact between the Serie A clubs for a deal that would send Dzeko to Inter and Mauro Icardi, unwanted in Milan, to Roma. Meanwhile, he also reports Inter are continuing talks over Eintracht Frankfurt and Croatia attacker Ante Rebic.

- Moise Kean's surprise move from Juventus to Everton is almost done. According to CalcioMercato, the Premier League club have reached an agreement with Juve for a £27.5m (€30m) deal plus bonuses, which could take it to £37.5m (€40.9m), with the striker set to complete a medical on Wednesday.