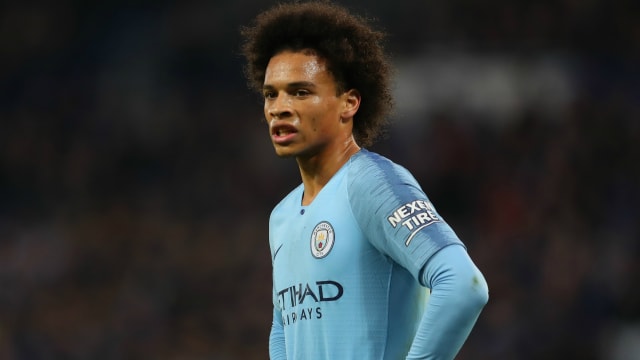 Bayern Munich star Joshua Kimmich has cast doubt on Leroy Sane's transfer by saying the Manchester City winger would "already be here" if he wanted to join the Bundesliga champions.

Speculation over Sane's future hit fever pitch after Bayern coach Niko Kovac publicly stated he is confident of signing the Germany international, before apologising to City boss Pep Guardiola for making the comments.

Kimmich, who played in all of Bayern's Bundesliga matches last season before clinching his fourth consecutive title since joining the club in June 2015, was unable to provide an update on Sane's situation but called his international team-mate's intentions into question.

"I do not know what the signals are," Kimmich told reporters after Bayern's 6-1 Audi Cup win over Fenerbahce.

"If Leroy wanted to, he would probably already be here, so I do not know what the state of affairs is."

Sane scored 10 goals in 31 Premier League appearances in 2018-19 as City successfully defended the title as part of a domestic treble, and Guardiola has admitted he would be "sad" to lose the 23-year-old.

He spent three seasons as a first-team player in the Bundesliga at Schalke before making a reported €50million (£45.7m) switch to the Etihad Stadium in August 2016, and Kimmich indicated he has not built up high hopes of seeing him return to Germany.

"I have no idea. I'll only hear it from you [reporters], what you write. The president [Uli Hoeness] does not come into the dressing room saying, 'hey, listen to me, we want Sane'."