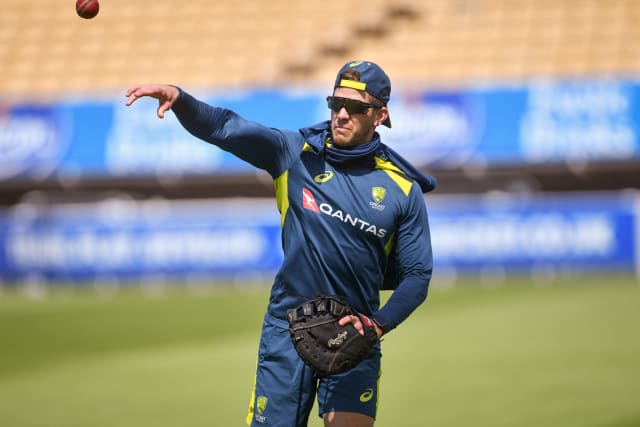 Tim Paine has suggested that Australia are likely to vary their pace bowling attack in each Test according to conditions.

There has been much speculation over the make-up of the Australian attack for the first Test at Edgbaston, with Mitchell Starc, Peter Siddle and Josh Hazlewood set to compete for one place.

Captain Paine is delighted with the strength in depth of his bowling unit and says selections will be made based on each Test, not just what the bowlers have done in the past.

“Reputation counts. Guys have had long, successful careers and we know how good they are. We are in a really good situation at the moment where we have a number of quality fast bowlers in particular,” Paine said.

“We’ve looked at what has happened over here previously. We want to make sure that every Test we go into we are picking the right bowlers for the conditions that we are faced with.

“We are lucky that we feel we have a lot of bases covered. It’s up to us to come up with the best combinations to take 20 wickets.”

Paine added: “I have (settled on a team) but I don’t get the final say so we’ll have a team tomorrow at the toss.

“Our quicks that have been here before have learned lessons from being here before. It’s important that we learn from them and put what we’ve learned into practice in this series.”

Paine was instated as Australia Test captain after Steve Smith was stripped of the role for his part in the ball-tampering scandal of last year.

But Paine has just one first-class century in his career and some have questioned his place in the side with the bat.

“I’ve been put in this team to captain and wicket-keep to the best of my ability and I’ve said before at 34 years of age, if you are looking further ahead than the next Test match you are kidding yourself.

“I’m not going to waste time looking over my shoulder. I’m enjoying the job that I’m doing.”

Paine believes his side are capable of being the first Australia team to win the Ashes in England since 2001.

“(The Ashes) means a hell of a lot. Every time you play Test cricket against anyone it’s a real honour to be out there representing your country,” Paine said.

“The history of the Ashes takes that to another level. We are excited, we have an opportunity to come to England and do something that even some of our great teams haven’t managed to do in the last 20 years.

“We have the self-belief that we can do it. Everyone can’t wait.”