Rumour Has It: Dybala-Lukaku swap given green light 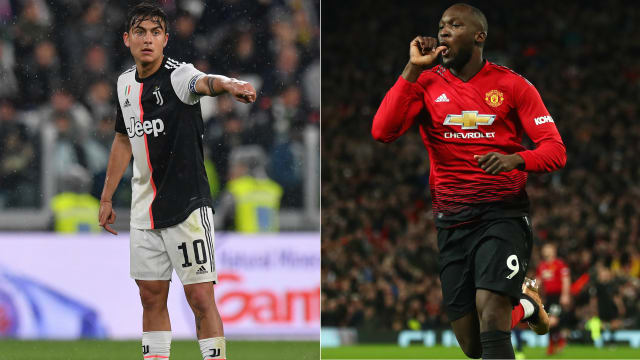 Paulo Dybala and Romelu Lukaku are both set to receive some clarity of their respective futures.

Juventus are reportedly willing to cash in on Dybala, while Lukaku wants to leave Manchester United.

Now, the pair are set to be involved in a huge transfer.

According to widespread reports in Italy, Juventus attacker Paulo Dybala and Manchester United striker Romelu Lukaku are set to be involved in a swap deal.

The front pages of Corriere dello Sport and Tuttosport are dominated by reports that Dybala and Lukaku are poised to swap clubs.

Corriere dello Sport claims Juve and United are on the verge of a deal, while Tuttosport says sporting director Fabio Paratici is accelerating a transfer for Lukaku – who had been tipped to join Serie A rivals Inter.

With Juve valuing Dybala at €100million and United asking €85m for Lukaku, the Red Devils would also need to send cash to the Serie A champions in exchange for the Argentina star.

-  Real Madrid outcast Gareth Bale is in negotiations with a different Chinese club, according to Onda Cero. Unwanted by Madrid, Bale was poised to join CSL outfit Jiangsu Suning before the deal fell through.

- With Inter struggling to strike a deal with Manchester United for Romelu Lukaku and Juventus reportedly closing in on a swap deal involving the Belgium striker, the Nerazzurri are turning to Paris Saint-Germain's Edinson Cavani. That is according to Sportitalia, which says Cavani is the alternative to Lukaku and Roma veteran Edin Dzeko.

- The Daily Mail says Arsenal will have five years to pay their club-record fee for Lille star Nicolas Pepe. Arsenal are set to pay £20million of the £72m transfer up front, with the remainder spread out over a five-year period.

Harry Maguire losing patience with Leicester as he tries to push through dream move to Man United | @CharlieWyetthttps://t.co/zyzKJimbrVpic.twitter.com/9iaMXfXi60

- Russian side Zenit are closing in on a deal to sign Malcom from Barcelona, claims Marca. Malcom only joined Barca last season, but he has struggled to establish himself at Camp Nou and his future is uncertain following Antoine Griezmann's arrival.

- Manchester United are not prepared to exceed £70m in their bid to sign Leicester City centre-back Harry Maguire, according to the Mirror. Leicester are reportedly demanding £90m for the England international. The Sun is reporting that Maguire is fed up and is trying to force through a move. Meanwhile, L'Equipe says the Red Devils are "prepared to move" for Lyon forward Moussa Dembele as Lukaku heads for the exit door.

- According to L'Equipe, Monaco have enquired about signing Arsenal defender Shkodran Mustafi, who has been valued at €30 (£27m).