Rooney: Maguire would be a good Manchester United signing 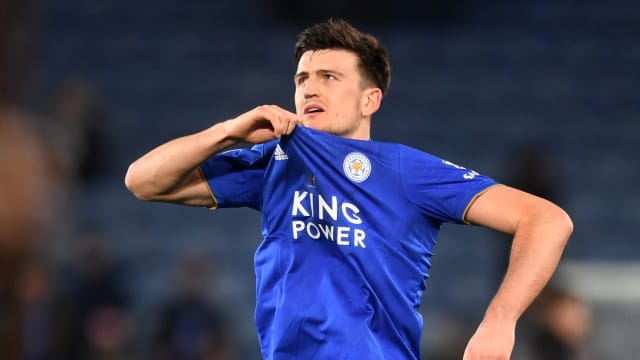 Harry Maguire would be a good signing for Manchester United if they can lure him from Leicester City, says Wayne Rooney.

Maguire is reportedly a target for United, as well as Premier League rivals Manchester City, but the Foxes are said to value the England international at £80million, which would be a world-record fee for a defender.

Brendan Rodgers has confirmed Leicester have already turned down two offers for the England international, who missed training on Monday, although James Maddison joked on social media his team-mate's absence was due to an upset stomach.

United's need for defensive reinforcements was exacerbated on Tuesday when it was confirmed by Ole Gunnar Solskjaer that Eric Bailly could be out for five months after undergoing surgery on a knee injury.

Reports in Spain have suggested United are interested in Barcelona and France defender Samuel Umtiti, but the club's all-time leading goalscorer Rooney has backed Maguire to be a success at Old Trafford.

"I think Harry's a good player and over the last few years he's improved as a player," Rooney said to ESPN FC.

"He's gotten better, and he's been a main player for Leicester City, but also for England. I think he'd be a good signing if they can get him."

An incredible journey. The highs and the lows... the joys of football. Massive thankyou for your support throughout. Special mention to the manager for giving me this opportunity. @England  pic.twitter.com/YfWceqrIiL

While Maguire may arrive at Old Trafford ahead of August 8's transfer deadline, Paul Pogba continues to be linked with a move away.

Pogba's agent Mino Raiola confirmed this month he is working on a deal for the midfielder, who has been touted as a target for Real Madrid and former club Juventus.

"It's obviously down to the club, to the board, to the manager, but I think also to the player," Rooney added when asked about the World Cup winner.

"If the player wants to stay, he'll stay and prove what a good player he is.

"Behind the scenes, I'm sure they're working on whether to keep him or whether to let him go."