Pogba would be fantastic, but I trust Madrid squad – Varane 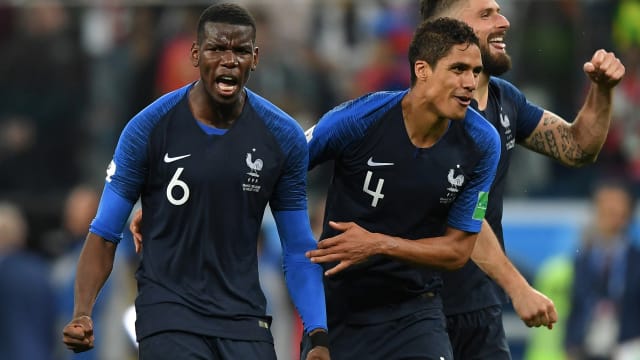 Pogba, 26, has been heavily linked with a move to the Santiago Bernabeu this off-season, but the midfielder remains at Manchester United.

Varane, whose team's pre-season struggles continued with a 1-0 loss to Tottenham at the Audi Cup on Tuesday, would welcome Pogba to Madrid.

"I think we have a team. Pogba is a good player, I know him very well. For any team he would be fantastic," the defender said.

Madrid have lost three of their four pre-season games, with their only victory coming over Arsenal on penalties at the International Champions Cup.

But Varane is retaining belief in Zinedine Zidane's team, saying they would be a different beast once the season proper starts.

"I understand that you always want to improve. We are working on that and I trust in our work," he said.

"It is true that on an individual level we are making mistakes. They're not tactical, they're technical errors. This will be corrected. I think we're going to improve little by little. We are focused on our work.

"I understand that there are many expectations. I also want to see Madrid win, we all want more, it's good and normal.

"I remember that in 2017, when we won everything, we started the pre-season badly, with defeats.

"We all know that when the competition starts, Madrid is something else. This is not an excuse. We are focused on friendly matches.

"You have to be calm, this season didn't start. When it starts, we'll be ready."