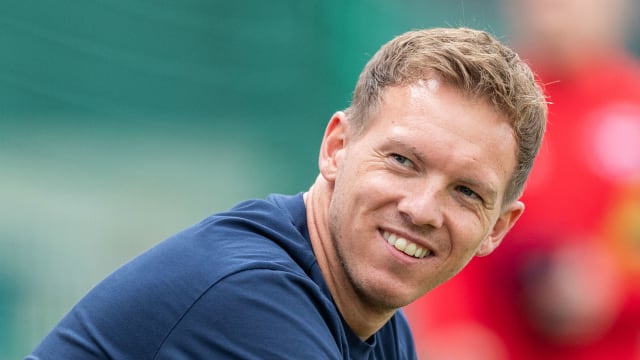 RB Leipzig's new head coach Julian Nagelsmann has spoken in bullish terms about his ambitions for the club ahead of the new Bundesliga season.

Nagelsmann, 32, took the helm in June and will lead Leipzig into their second UEFA Champions League campaign after they finished third in the German top flight last term.

The club's hierarchy will hope he can continue the incredible success he achieved with former side Hoffenheim, and Nagelsmann is upbeat about the squad's goals in domestic competition.

Speaking at the International Coach Congress in Kassel, he said: "I think we are able to challenge Bayern, but it's not just about Bayern.

"There are many interesting teams this year, with many new coaches and changes."

Not too long now until #UCL nights in Leipzig #MondayMotivation pic.twitter.com/ZN6KWyWg1k

Bayern have dominated the Bundesliga in recent years, winning the last seven incarnations.

But that run looked like coming to an end last season, before Niko Kovac's side overcame a seven-point deficit in early February to pip Borussia Dortmund to the title.

Nagelsmann expects the upcoming campaign to be even more open, adding: "I believe that this is one of the most balanced Bundesliga seasons for a long time.

"It is important that we all try to be ambitious and that it is exciting for everyone, both down and up the league."