Murray eyeing up singles return at Cincinnati Masters next month 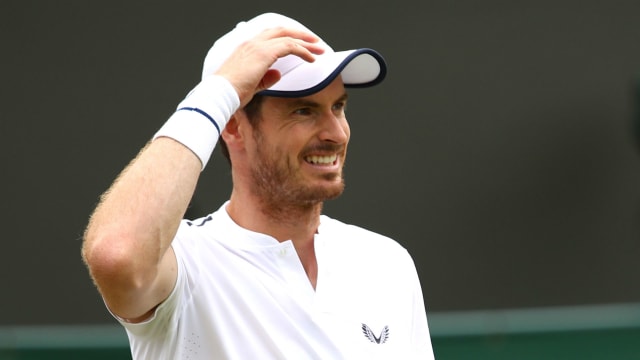 Andy Murray could return to singles action at the Cincinnati Masters next month with a view to featuring at the US Open.

The former world number one has not played a singles match since a first-round loss to Roberto Bautista Agut at the Australian Open in January, with Murray undergoing resurfacing surgery on his right hip shortly afterwards.

He made his comeback in the doubles alongside Feliciano Lopez at the Queen's Club Championships - the pair winning the competition - and Murray has played in two more tournaments since while also linking up with Serena Williams in the mixed doubles at Wimbledon.

Murray will partner his brother Jamie at the Citi Open in Washington this week and he admitted he is close to a singles comeback too.

"In terms of how I'm moving and feeling and pulling up the next day from these practices, I'm really happy with where I'm at. I think I'm quite close," the three-time grand slam champion said in quotes published on the ATP Tour's website.

"If I was to play a tournament in a few weeks' time, I could do it. But it's just to get to maybe where I want to get to, I'll need to play matches and get a little bit more work done in the gym on my cardio."

The singles tournament in Cincinnati begins on August 11, 15 days before the US Open starts, and Murray admits he would need to participate in the former to be involved at Flushing Meadows.

"Best-case scenario probably would be Cincinnati, and then if I wasn't able to play in Cincinnati, there's a good chance I would probably wait until after New York because I wouldn't want my first tournament to be playing best-of-five [sets]," he explained.

Between the Citi Open and Cincinnati Masters, Murray will be reunited with Lopez at the Rogers Cup in Montreal.