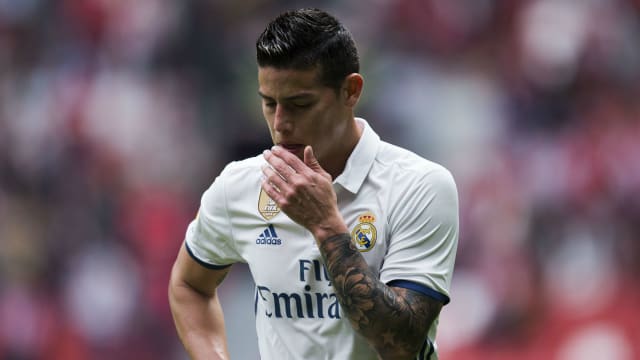 Atletico Madrid captain Koke praised James Rodriguez and said the Real Madrid playmaker would be welcomed at the Wanda Metropolitano.

James, 28, is set to leave the Santiago Bernabeu this off-season, with Atletico and Napoli heavily linked with the Colombia international.

"He is a Madrid player," he told Cadena SER.

"He is a great player and we don't know what will happen. If he comes, he is welcome and if not, I wish him luck in the team he is at."

Atletico have gone through a rebuild in the close season, including signing Joao Felix for a reported €126million – a club-record fee – from Benfica.

The 19-year-old attacker scored once and assisted two others in Atletico's 7-3 thrashing of Real Madrid at the International Champions Cup on Friday, but Koke called for patience with Joao Felix.

"He is a great footballer and you have to be patient, you have to keep working and you see good things," he said.

"He gave two assists, scored and hopefully continues to this level. The boy is excited and you don't have to put pressure on him.

"Let him listen to his team-mates and coach."