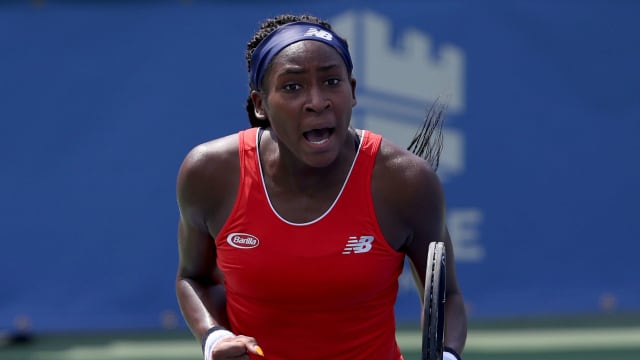 Coco Gauff will meet world number one Ashleigh Barty in an exhibition match during the Winston-Salem Open in August, tournament organisers have confirmed.

Gauff, 15, rose to stardom thanks to her superb performances at Wimbledon this month, where she beat Venus Williams on her way to the last 16.

The teenager was eliminated by eventual champion Simona Halep but returned to winning ways in style against Hiroko Kuwata on Sunday to ease into the main draw at the Citi Open.

French Open champion Barty also slipped out of Wimbledon in the fourth round, suffering a surprise defeat to Alison Riske.

Gauff and Barty will now go head to head at the ATP Tour event at Wake Forest University, North Carolina, on August 21.

It's happening.@ashbar96 and @CocoGauff will play an exhibition match at the #wsopen Aug 21, at 7:00pm.