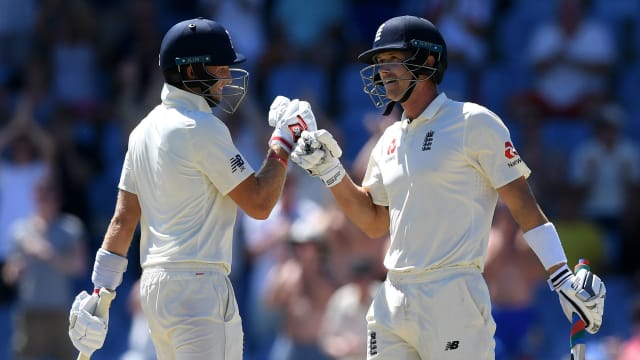 England captain Joe Root will be promoted up the order to bat at three in the first Ashes Test, with Joe Denly confirming he will drop down to four against Australia.

Top-order woe has been a theme of England's recent Tests and Trevor Bayliss' side will bid to remedy the issue by moving Root back up the order at Edgbaston.

Root averages 40.47 in 40 innings at number three, compared to 48 in 60 at his preferred position of number four, which will now be occupied by Denly.

"[I'm] very excited. I wasn't too fussed really where I was batting. It's just great to be in that starting XI. I've batted at four before playing for Kent and throughout my career.

"For me, it wasn't really a big issue. Just happy to be playing.

"I think Rooty just wants to get involved in the game and get up there and get out in the middle and get, hopefully, a lot of runs.

"I don't think there's anything more to it than that. Looking forward to seeing how it goes."

There had been suggestions that Bayliss was the one bidding to convince Root to come in earlier, though Denly revealed it was the skipper who had informed him of his wish to make the switch.

"He rang me the other day and just told me that he wanted to bat three and wanted me to go four. As simple as that," Denly added.

The move, which would not affect likely openers Rory Burns and Jason Roy's slots, was blasted by former England batsman Mark Butcher.

"Joe Denly, who, to me, along with Rory Burns, are the two most vulnerable players at the top of the order," he told ESPN's Switch Hit podcast.

"If they get off to a bad start first two Test matches, don't make any runs, the calls for one or both of them to go would be pretty loud.

"You're putting Joe in a position that there wasn't a problem with.