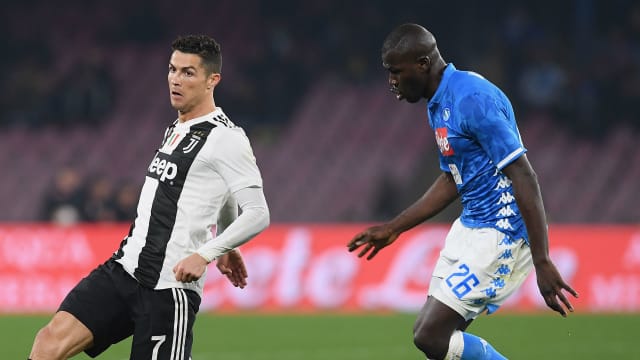 Serie A champions Juventus will host last season's runners-up Napoli on the second gameweek of the 2019-20 campaign.

The Bianconeri romped to an eighth consecutive league title last term and will face an early test of their credentials under new head coach Maurizio Sarri – Napoli boss until 2018 – when Carlo Ancelotti takes his side to Allianz Stadium on September 1.

That day will also see the first Rome derby of the season, with Lazio and Roma facing off at Stadio Olimpico.

The first Milan derby between AC Milan and Inter is scheduled for September 22, with the reverse fixture lined up for February 9.

In November, Juventus face a Turin derby against Torino and a home clash against AC Milan.

Following the winter break between December 23 and January 5, Napoli host Inter and Juventus meet Roma in the capital in January before the season comes to an eye-catching close on May 24.

Juve host Roma, Inter travel to Atalanta – who finished third last season – and Napoli take on Lazio at the San Paolo on what promises to be a thrilling conclusion to the campaign.

All fixtures are subject to changes for live broadcast and European commitments.