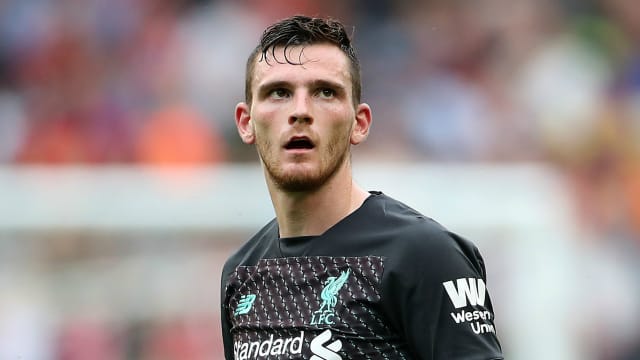 Andy Robertson expects Liverpool to rise out of their pre-season rut when stars including Mohamed Salah return to the squad this week.

Liverpool slumped to a third defeat in four friendly matches on Sunday, losing 3-0 to Serie A side Napoli.

Ten players that featured in the Champions League final triumph over Tottenham were involved in Edinburgh but Jurgen Klopp still has several key men to return.

Salah, Alisson and Roberto Firmino will return for a training camp in Evian starting on Monday, as will fit-again pair Naby Keita and Xherdan Shaqiri.

Sadio Mane, who helped Senegal to the Africa Cup of Nations final, is due to return after the Community Shield clash against Manchester City.

"The lads coming back, even if they don't play, it gives you a lift when they train and with the way they go about their business," Robertson told his club's website.

"Mo and Bobby are two of our main men and Alisson was magnificent last season. They are huge characters in the changing room as well so that'll be massive for us, and then Sadio will come back the following week.

"Once we get the whole team back together, and I think Shaq and Naby aren't far off too, they're players that are familiar around the set-up and around the system and that's what we need.

"The quicker we get all of us back together then hopefully the better."

Liverpool play their final pre-season friendly against Ligue 1 outfit Lyon on Wednesday and Robertson warned the Reds not to underestimate the value of a result.

"We need to be a hell of a lot better than we were [against Napoli] and that's what this week coming up is for," he said.

"When the season comes I've got no doubt that we'll be ready, but we can't get in the habit of losing or drawing because then it starts to sink in and you start getting used to it and that's not what we need."