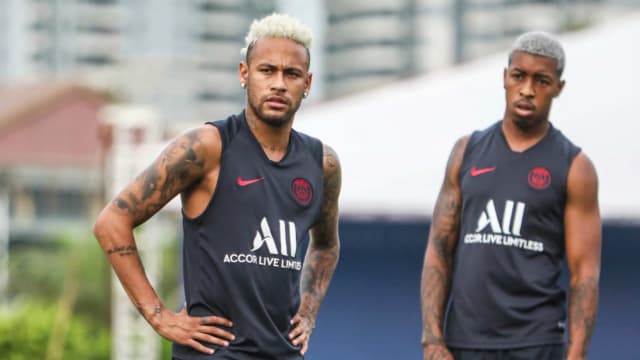 Neymar will head into the new Ligue 1 campaign without any match preparation after being left out of the squad for Paris Saint-Germain's final pre-season friendly.

The wantaway forward is again to remain at the club's training base in Shenzhen when his team-mates take on A-League outfit Sydney FC in Suzhou on Tuesday.

Brazil international Neymar, who has been heavily linked with former employers Barcelona, has not featured for PSG since failing to report on time for pre-season training earlier this month.

He sat out games against Nurnberg in Germany and Inter in Macau in order to continue his recovery from foot and ankle injuries, despite declaring himself to be almost "100 per cent" midway through July.

The 27-year-old's rehabilitation programme has progressed to include ball work but he, Presnel Kimpembe and midfielder Marco Verratti, who is nursing a thigh strain, are being kept in cotton wool.

PSG face Rennes in the Trophee des Champions - a match Neymar would have missed anyway due to suspension - four days after their date with Sydney, before flying back to France for the start of the Ligue 1 season.