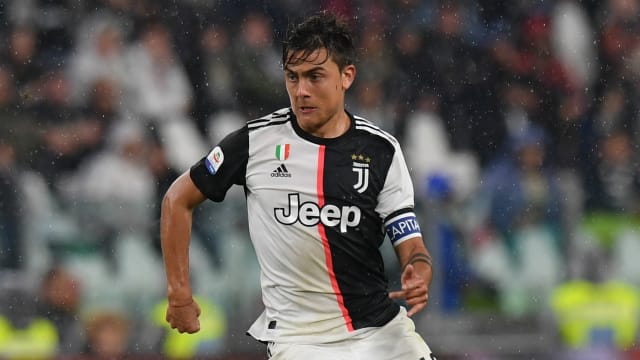 Juventus vice-president Pavel Nedved said there are "proposals" and "interest" for Paulo Dybala as the star attacker faces an uncertain future with the Serie A champions.

Maurizio Sarri's Juve are reportedly willing to cash in on Dybala, who has been linked to Manchester United, Tottenham, Inter and Paris Saint-Germain.

"There are some proposals, there is some interest, but we wait for concrete action so we can then decide calmly," Nedved told reporters.

Reports grew on Monday that Dybala could be involved in a swap deal to lure Romelu Lukaku to Turin from United.

YOUR 2019/20 SERIE A FIXTURES! #LiveAhead#FinoAllaFine#ForzaJuvepic.twitter.com/3hpZos5fHp

Serie A rivals Inter have been tipped to sign Lukaku throughout the window, however, the Nerazzurri are yet to reach a deal with United.

Juve have now emerged as a possible destination for Lukaku, with the Italian champions ready to offer Dybala to the Red Devils in exchange for cash plus the Belgium striker.

Asked about Lukaku, Nedved added: "Having won eight consecutive Serie A titles, we feel that we have a strong team already. Obviously, with the transfer market open, we're trying to reinforce the squad.

"I won't get into details and I don't want to talk about individuals, but let's say we are working on it."