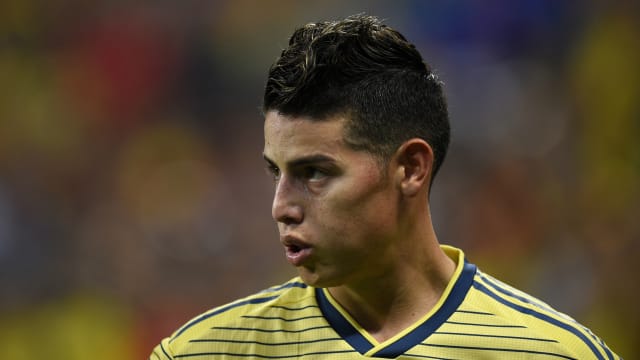 James Rodriguez's agent Jorge Mendes does not know what the future holds for the Real Madrid playmaker, though he just wants the best for the player and LaLiga club.

Linked to Atletico Madrid and Napoli, James took part in Madrid's 2019-20 pre-season training for the first time on Monday.

LaLiga rivals Atletico and Serie A side Napoli are reportedly vying for James' signature after the Colombia star spent the past two seasons on loan with Bundesliga champions Bayern Munich.

Asked about James' future, Mendes told Marca: "You'll have to ask the president [Florentino Perez] who is here next to me.

James – who represented Colombia at the Copa America in June – scored seven league goals in each of his two seasons at Bayern.

The 28-year-old finished with 15 goals for Bayern, who opted against making his stay permanent in Bavaria.