If Neymar wants to go, PSG should let him - Verratti 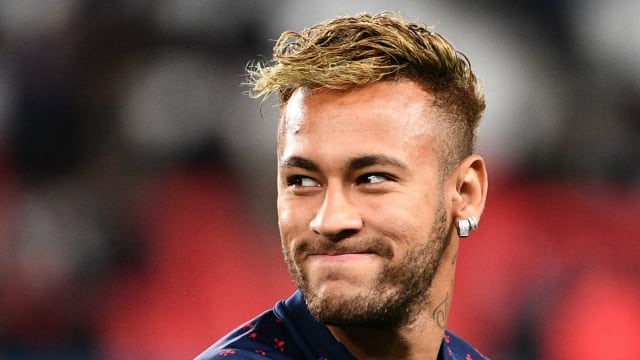 Paris Saint-Germain should not keep Neymar if he wants to leave the club, says team-mate Marco Verratti.

The Brazil superstar has been heavily linked with a move to Barcelona, two years after he joined PSG in a €222million deal, with sporting director Leonardo confirming Neymar wants to leave.

And Verratti – who came close to joining Barca two years ago – thinks it would be detrimental to PSG if they were to deny Neymar a move.

"I think that if a player wants to leave, in the end he will always find a way to go" he told RMC Sport.

"And it's better like that, otherwise the club will keep someone who does not want [to be there], who will be against the club.

"When a player really wants to leave, the club must let him go, depending on the conditions set by the club, of course. But do not hold back a player who wants to leave."

Leonardo has said the price must be right for Neymar to leave but Verratti hopes the 27-year-old remains in the French capital.

"Of course, I would be disappointed to see him go," he added. "He's a great player.

"I've never heard him say he wanted to leave but personally, of course, I would prefer to see him stay."

Verratti's agent Donato Di Campli described the midfielder as a "prisoner" at PSG two years ago when he was being strongly linked with Barcelona.

Instead of leaving, Verratti pledged his future to the Ligue 1 champions after receiving reassurances about their ambitions, a decision he does not regret.

"At the time, I needed explanations from PSG," he explained. "I saw things that did not seem to me to be worthy of a club that wants to win major competitions.

"I did not agree with some things, but we talked to each other and I stayed. I'm glad I made that choice."

Neymar has yet to feature for PSG in pre-season and will miss their final warm-up game, against A-League outfit Sydney FC in Suzhou on Tuesday.