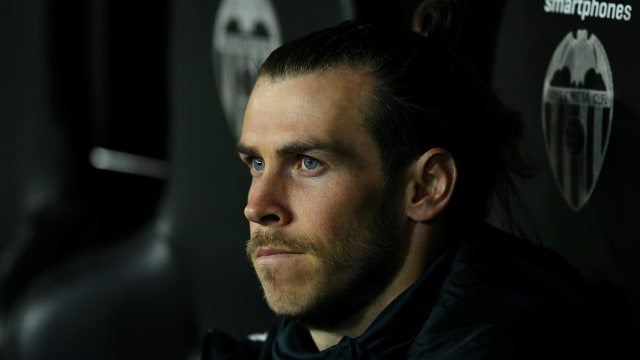 Gareth Bale trained separately from his Real Madrid team-mates despite featuring in promotional material for the club's new third kit the day after his proposed move to China collapsed.

The Wales winger "worked inside", Madrid said, as Zinedine Zidane's men hit the track on Monday following their return from a turbulent pre-season trip to the United States.

Bale's relationship with Los Blancos boss Zidane plummeted during the tour and he appeared set to leave the club to take up a lucrative offer at Jiangsu Suning.

But board members at the LaLiga giants reportedly blocked his departure due to their demand for a transfer fee and the deal fell through on Sunday.

Though Bale's status at the Santiago Bernabeu seems to have reached a nadir, the four-time Champions League winner modelled Madrid's new "deep green" third shirt in imagery released by the club.

First make history. Then own the future.
Presenting our brand new @adidasfootball 2019/20 third kit.
Get yours now: https://t.co/Icff9ZRkTR#HalaMadrid | #DareToCreatepic.twitter.com/SFfTTVDIKH

Whether he will get the chance to wear the new kit during a match remains to be seen.

Jiangsu, however, appear to have completely shut the door to the former Tottenham winger.

Since failing to land Bale, the Chinese Super League (CSL) side have announced the signing of Croatian striker Ivan Santini, who becomes the fifth foreign player on their books.

CSL clubs are only permitted to register four non-Chinese players, meaning one of Alex Teixeira, Eder, Gabriel Paletta will likely make way, with reports suggesting the latter will depart.