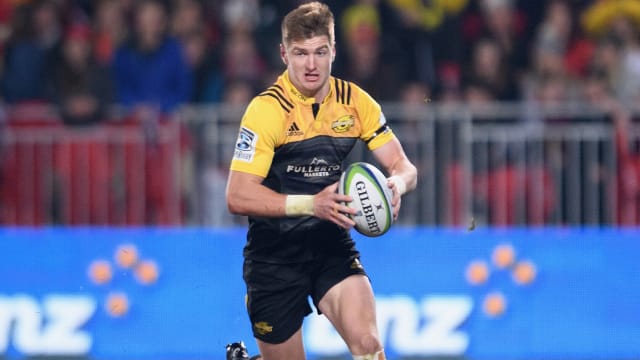 Jordie Barrett has renewed his contract with New Zealand Rugby, agreeing to stay with the Hurricanes despite brother Beauden's departure.

Barrett has committed to the All Blacks until 2022 and will remain with the Hurricanes, for whom he debuted in Super Rugby in 2017.

The 22-year-old has earned 10 caps for New Zealand, playing alongside siblings Beauden and Scott.

He will not count two-time World Rugby Player of the Year Beauden as a club colleague in 2020, though, with the superstar first five-eighth set for a break after the Rugby World Cup before joining the Blues.

While Jordie will remain with the Hurricanes for the time being, his new deal contains the option to switch Super Rugby clubs after next year, according to Monday's All-Blacks statement.

Jordie Barrett said: "There is a really good mix of youth as well as experienced leaders in the Hurricanes squad and I feel like this is the best place to develop my game.

Soon-to-depart All Blacks coach Steve Hansen added: "Congratulations to Jordie on his decision to re-sign with New Zealand Rugby.

"He's an outstanding, talented young player who has soaked up everything he can in the All Blacks environment and grabbed every opportunity with both hands.

"He has a big future in the game and we look forward to seeing his career grow over the next few years."