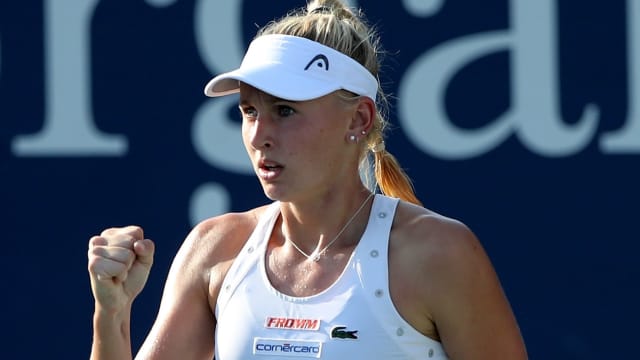 Teichmann was ranked outside the top 140 at the start of the season but continued her rise with a 7-6 (7-3) 6-2 defeat of top seed Bertens in Sicily.

The eighth seed from Switzerland claimed her first victory over a top-10 opponent to secure a second WTA Tour title of the year.

World number 82 Teichmann went a break up three times in the opening set and the battling Bertens saved three set points before forcing a tie-break.

Bertens fell behind after Teichmann secured three mini-breaks to one for the Dutchwoman and the left-hander maintained her momentum in the second set.

Teichmann continued to pile the pressure on Bertens, breaking twice to put herself well on course for the title and serving out the match to love.

The 22-year-old and Bertens are among only seven women to have won more than one singles title this year.