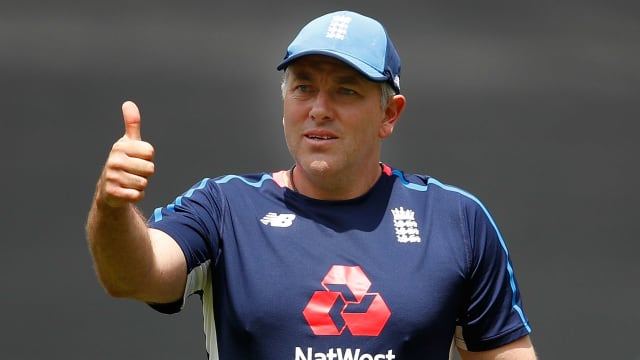 Ryan Sidebottom believes Chris Silverwood should be given the chance to replace Trevor Bayliss as England head coach.

Bayliss will end his four-year tenure after an Ashes series that starts at Edgbaston on Thursday, just a few weeks after England lifted the Cricket World Cup for the first time at Lord's.

Sidebottom thinks Silverwood can step up with former England captain Paul Collingwood staying in the set-up to assist him.

The ex-England seamer told Omnisport: "You've got Chris Silverwood and Paul Collingwood already in the set-up, why not pass on the baton to guys who know the players and then bring in a couple of new men - that is how I would see it.

"In Chris Silverwood as coach and Colly assistant you would have two young, hungry guys who know the lads really well and so I would not look too far from those two guys.

"That would bring continuity, which I think is really important on the back of the World Cup and hopefully an Ashes win."

Sidebottom is expecting a tight series against Australia, but thinks England will regain the urn.

He added: "I think they are two really strong bowling attacks. If Australia keep their bowlers fit they are going to trouble our batsmen.

"I reckon it might be quite close, of course I have to say England because they are stronger when you look through the squads, they have got the better batting line-up but England and Australia are very vulnerable to collapses.

"I think England will just shade it. Obviously the top three is still an issue for us, so that is something that everybody will be looking at but I think it will be a cracking series."