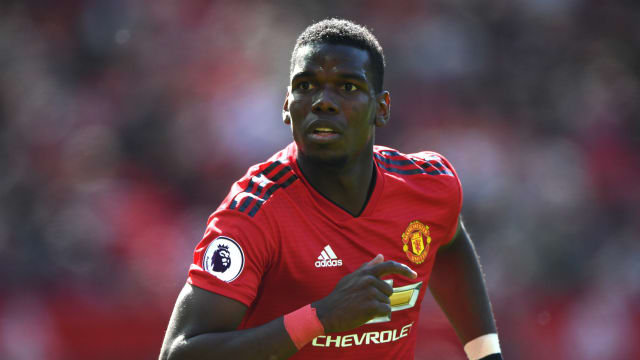 With Gareth Bale seemingly on his way out of the Santiago Bernabeu, Real Madrid are ready to launch a fresh bid for Paul Pogba.

Bale is expected to join Chinese Super League (CSL) club Jiangsu Suning and, with the attacker's wages off the books, Madrid are again turning their attention to Manchester United star Pogba.

It has been a mixed pre-season for the LaLiga giants, but perhaps that could change if they land the man they have long been linked with.

Real Madrid will make a €166.6million (£150m) bid for Manchester United star Pogba, according to The Sun.

Madrid have rebuilt in the close season with the signings of Eden Hazard, Luka Jovic and Ferland Mendy, but Zinedine Zidane reportedly wants Pogba to increase his midfield options.

The France international would immediately add dynamism to a Madrid side that has been accused of being one-paced in recent years.

- Romelu Lukaku seems to be inching closer to a Manchester United exit. Linked with a move to Inter, the striker has asked the Premier League club to lower their £80m valuation, according to The Sun. However, Juventus are also apparently in the race. Sky Sports News say Juve will offer Paulo Dybala as part of a deal for the Belgium international, while the Daily Mail report United want Douglas Costa.

- Nicolas Pepe is set for a big-money move from Lille, and it seems Arsenal are close to winning the race for the forward. Arsenal have agreed a £72m (€80m) deal with Lille, according to The Sun. But the report says they still face plenty of competition to sign Pepe amid interest from five other clubs – Manchester United, Paris Saint-Germain, Napoli, Inter and Atletico Madrid.

- With the dominoes finally starting to fall, Manchester United have reached an agreement with Sporting CP for Bruno Fernandes, according to Sport. United will pay £63m (€70m) for the Portugal midfielder.

- Arsenal appear on track to strengthen further. They are increasingly confident of signing Celtic defender Kieran Tierney, according to Sky Sports News.

- Everton are continually linked with a move for a forward and they are in talks to sign Juventus striker Moise Kean, Sky Sports News say. The Serie A champions want £36m (€40m) for the teenager, along with a buy-back clause in the deal.

- Radja Nainggolan is unwanted at Inter, but the midfielder apparently wants to stay in Europe. According to Corriere dello Sport, Turkish giants Galatasaray are interested in the Belgian, but only on loan.