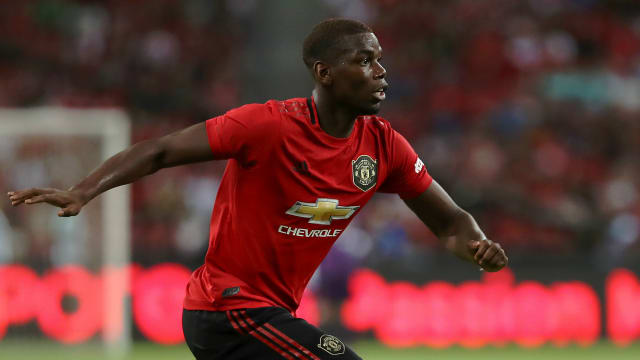 Paul Pogba would strengthen Real Madrid if he makes the move from Manchester United, according to the midfielder's brother.

The rumours come in the wake of Madrid's humiliating 7-3 loss to city rivals Atletico Madrid in the International Champions Cup.

Pogba's future at Old Trafford has been in doubt since his agent, Mino Raiola, confirmed the 26-year-old's "willingness" to negotiate a transfer.

And his brother Mathias, a professional footballer formerly of Partick Thistle, thinks a move to the LaLiga giants could make sense for both parties.

"I feel my brother could help any team," Mathias told AS.

"If he plays for Madrid, he will help Madrid.

"I always want what's the best for my brother. If he feels Real Madrid is the best club for him, he will come."

Guinea international Mathias, 28, completed his own move to Spain over the weekend, signing for fourth-tier Manchego Ciudad Real after a spell at Tours in France.

However, the elder Pogba said: "I'm in Spain because I want to be and it has nothing to do with the possibility of my younger brother securing a move.

"We can't do anything about the rumours."