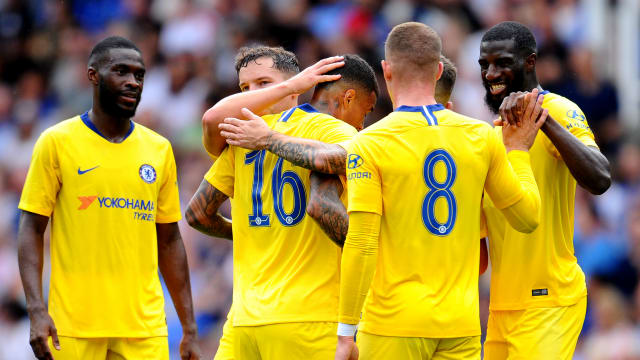 Mason Mount boosted his pre-season haul to three goals with a decisive brace in Chelsea's unconvincing 4-3 victory over Reading on Sunday.

Introduced as one of the Premier League side's 10 half-time substitutes, midfielder Mount delivered a three-minute double to put the match beyond a persistent Reading.

The 20-year-old clinically fired home his first in the 57th minute and then converted the simplest of close-range finishes when Michy Batshuayi intercepted goalkeeper Sam Walker's woeful attempt to play out from the back.

Michael Morrison punished slack marking to restore parity from a corner four minutes after the interval and, following Mount's twin strikes, Sam Baldock added a third for Reading, darting in behind a flat-footed back four.

The Blues ultimately did enough to see out a third victory under Frank Lampard, albeit with concerns raised over the quality of their defending.

Their next match is against Red Bull Salzburg in Austria on Wednesday.

Plenty of goals and another pre-season win for the Blues! #REACHEpic.twitter.com/U6cgjNrsCc