Liverpool will be a 'different animal' against Man City, says Klopp 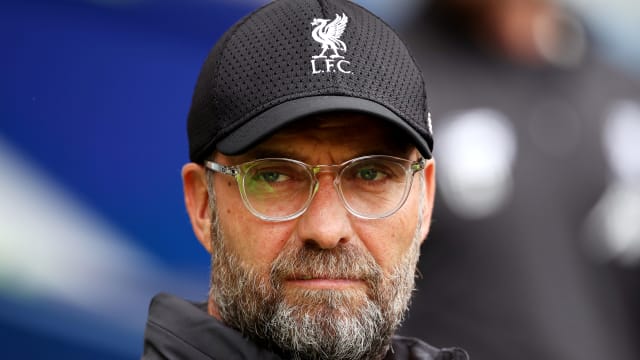 Jurgen Klopp insisted Liverpool would be a "different animal" against Manchester City after his side's pre-season struggles continued on Sunday.

The European champions suffered a 3-0 loss to Napoli in their penultimate friendly ahead of the 2019-20 season, the result extending their winless run to four matches.

Liverpool are set to get stars Mohamed Salah, Alisson and Roberto Firmino back on Monday, with Sadio Mane poised to return after the Community Shield clash against City on August 4.

Reds manager Klopp said it had been an unusual pre-season for Liverpool, but he feels they will be a different team at Wembley.

"Missing six players is strange. That you lose players during a pre-season, we are used to – that happened from time to time," he told a news conference.

"But that they don't start from the beginning and come a couple of days before or after we start with the season is not cool. Again, that's how it is and we prepared everybody as good as possible.

"We have to fight the start of the season 100 per cent with all we have. The good thing is, if the opponents want to analyse us now, they think 'easy job', but we will be a different animal next week."

Liverpool have conceded 10 goals in their past four friendlies and they wrap up preparations for the new campaign against Lyon on Wednesday.

But Klopp believes comfortable wins for the Premier League giants would have been worse.

"I think the worst thing that could have happened is if we had won all the games without the six players – 4-0 or 5-0 against Napoli and Sevilla, then everybody would be flying from last year and into the new season, then getting the problems in the season. That would have been the worst thing," he said.

"But between the worst thing and that now would have been a few levels I would have preferred. I knew before we started that it would be exceptionally difficult because of the situation.

"We have to adapt to a few things and we have to create a specific spirit. For this, we have a week's time.

"For the first time since the Champions League final we have 99 per cent of the squad tomorrow [Monday]. Only Sadio is missing then, and that's the moment where we really start talking and preparing a couple of things and then we have to go again."