Liverpool 0-3 Napoli: Insigne too hot for Klopp's men to handle 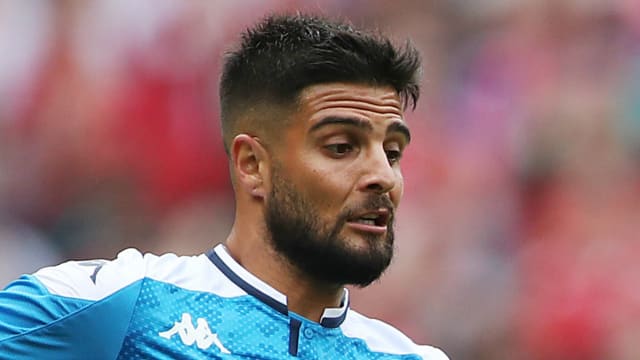 Lorenzo Insigne gave Liverpool's defenders a torrid afternoon as Napoli beat the European champions 3-0 in a friendly at Murrayfield on Sunday.

Reds boss Jurgen Klopp fielded a strong side but Napoli's homegrown forward took centre stage, tormenting Joel Matip and Trent Alexander-Arnold with his pace and close control as he scored the opening goal and played in Arkadiusz Milik for the second.

Insigne was involved again when substitute Amin Younes made it 3-0 seven minutes into the second half and, although Liverpool improved with the introduction of Rhian Brewster and Harry Wilson in the last half hour, they rarely threatened Alex Meret's goal.

Teenage midfielder Harvey Elliott made his debut as a late substitute after joining the club from Fulham and showed some neat touches but Napoli boss Carlo Ancelotti will have left Edinburgh happier than Klopp after his side impressed throughout.

52: GOAL!!#Younes pounces on a loose ball in the box and sends it home to make it three!
#LiverpoolNapoli 0-3
#ForzaNapoliSemprepic.twitter.com/akMIGSdnPh

Simon Mignolet was forced into a good diving save to turn Insigne's daisy-cutter free-kick around the post early on and the Italian forward went one better after 17 minutes, dribbling 20 yards with the ball at his feet as Matip backed off before sending a thunderous dipping shot into the bottom corner of the net.

Little more than 10 minutes later Insigne caused more havoc, breaking down the Napoli left and producing a low cross that Milik lifted deftly over the diving Mignolet as he slid into to meet it.

Liverpool's failure to deal with Insigne continued in the second half, when he turned Alexander-Arnold before unleashing a shot that Mignolet parried into the path of Napoli substitute Younes, who duly rolled the ball into an unguarded net.

Brewster's dangerous inswinging cross almost found its way past Meret in the closing stages and Wilson struck a fierce drive that the Napoli keeper did brilliantly to parry around the post as he preserved his clean sheet on a satisfying afternoon for the Serie A side.