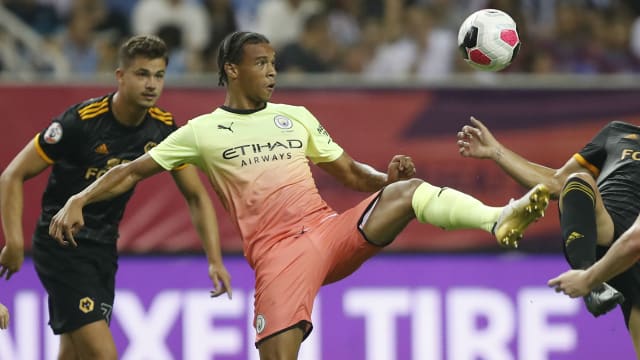 Germany international Sane has spent three seasons at City since leaving Schalke, developing into one of Europe's best wingers.

He scored 10 goals in each of the past two Premier League seasons, a particularly impressive feat in the most recent campaign given he only made 21 starts.

There have been suggestions coach Pep Guardiola lost some of his trust in Sane in 2018-19, hence a decrease in his line-up appearances.

Bayern have made no secret of their desire to bring the 23-year-old to the Allianz Arena and, although City's reported £90million asking price is said to have initially put them off, they now appear confident of striking a deal.

"Leroy is a great footballer, he has proved it in England and with the national team," Kovac told German broadcaster ZDF. "We want that.

"Our club management is very committed. It is not easy in this day and age, you see, otherwise it would already be sorted.

"But I am very confident. I assume we can get it [done]."

Bayern have also regularly been linked with Chelsea and England winger Callum Hudson-Odoi, but he is instead reportedly set to sign a new long-term contract at Stamford Bridge.

Kovac is seeking attacking replacements for Arjen Robben and Franck Ribery after both wingers left Bayern at the end of the 2018-19 season.