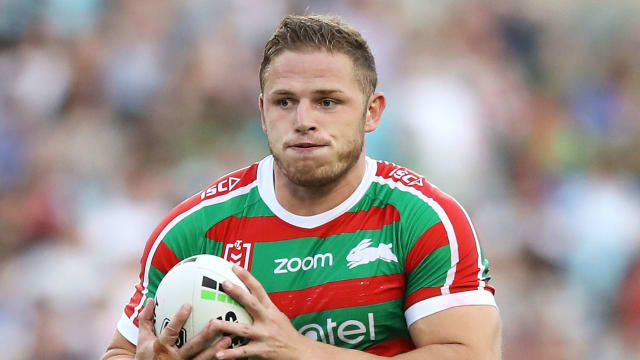 George Burgess will swap South Sydney Rabbitohs for Wigan Warriors from the 2020 season.

England international prop Burgess will part ways with brothers Sam and Tom after agreeing a three-year contract with the reigning Super League champions.

"After speaking to [head coach] Adrian Lam and [executive director] Kris Radlinski, it's clear to me that there's something special happening at Wigan Warriors in 2020 and beyond," said Burgess in a statement.

"Although it's a huge decision to leave the NRL and say goodbye to Souths, I'm excited as to what the future will hold at Wigan Warriors and the Super League."

SIGNED | George Burgess has signed to join @WiganWarriorsRL for the 2020 season on a three-year deal! pic.twitter.com/YpkKywdn2X

Burgess made his Rabbitohs debut in 2012 and has accumulated 147 appearances for the team. He famously scored a brilliant solo try in Souths' 30-6 victory over Canterbury Bulldogs in the 2014 NRL Grand Final.

Radlinski added: "We are thrilled to have secured the services of one of the most recognisable players in world rugby league.

"The Burgess boys transcend sport, so for us to have secured the services of George for the next three years is a major coup for Wigan and for the Super League.

"For such an important signing, it didn't take long to finalise the deal once we set out the vision for our club and the role that George will play. Now, with our head coach in place and our recruitment complete, we can plan to make 2020 a memorable Wigan season."