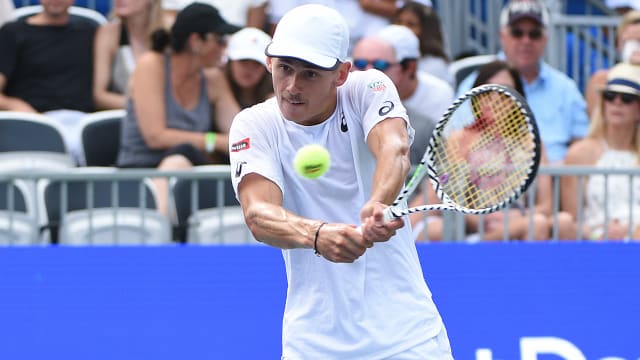 Australian third seed De Minaur claimed the Atlanta trophy with a 6-3 7-6 (7-2) win in Georgia on Sunday.

After winning January's Sydney International, De Minaur was too good for second seed Fritz as he celebrated his second career triumph.

De Minaur was flawless on serve, dropping just 10 points en route to a straight-sets victory after one hour, 17 minutes.

The 20-year-old also did not face a break point throughout against American Fritz, who was denied his second title of the year.