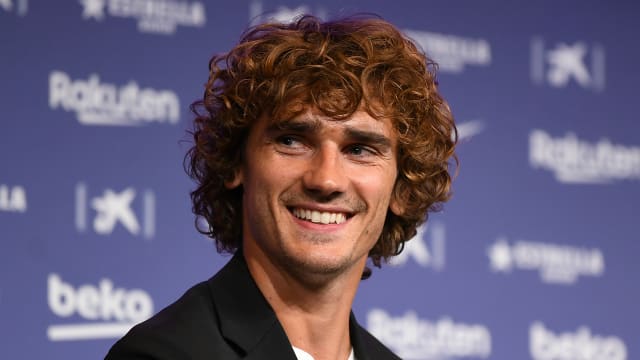 Ernesto Valverde expects Antoine Griezmann to comfortably settle in alongside Lionel Messi and Luis Suarez when the trio unite in Barcelona's starting XI.

LaLiga's champions now travel back to Spain to link up with Messi and Suarez following the pair's extended break in the aftermath of the Copa America.

They could form a front three with Griezmann for the first time in the Joan Gamper Trophy match against Arsenal on August 4 and Valverde believes the partnership will have no trouble blossoming.

"We'll see later on how well he links up with others. We have a lot of hope with him that it will work. He moves quickly and finds space really well.

Griezmann joined from Atletico Madrid for €120million this month and will be part of the full first-team squad that is due to travel to the United States following the Arsenal encounter.

Barca are building towards a crucial season under head coach Valverde, who faced heavy criticism for failing to prevent the second-leg implosion against Liverpool in last season's Champions League semi-finals.

Griezmann, however, is paying little thought to the club's European ambitions as he focuses on becoming accustomed to a new set of minimum expectations.

"We're talking about the Champions League because we haven't won it but LaLiga is also a really difficult competition to win," the World Cup winner told Spanish publication Sport.

"I've been playing in LaLiga since I was 18 and I haven't won it. It's really tough. It looks easy because Barca win year after year but it's really difficult."