Thomas confident he can win the Tour de France again 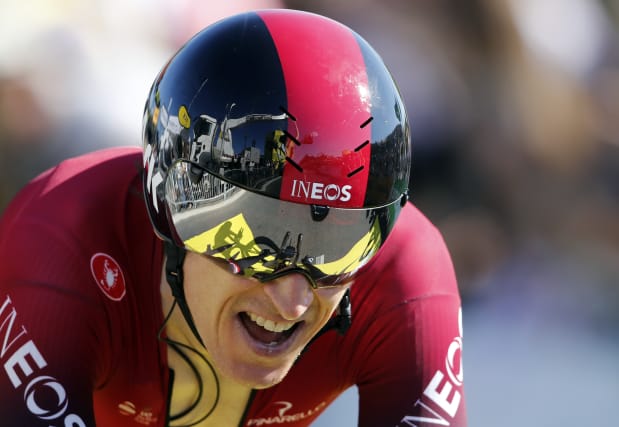 Geraint Thomas is convinced he is capable of winning the Tour de France again after the defending champion had to settle for second place behind team-mate Egan Bernal on Saturday.

The Team Ineos pair will occupy the two steps on Paris on Sunday night but not in the order Thomas had hoped after a Tour he said was like “night and day” compared to his experience 12 months ago.

“Any little thing that could go wrong did, or it felt like that,” said Thomas, who came into the Tour on the back of a crash at the Tour de Suisse and hit the deck three more times over the last three weeks.

“Even in the run-up it wasn’t plain sailing. There were always things happening. Sometimes it was tough and I had to stay positive, stay focused and keep fighting and that’s what I did.

“Obviously I would have loved to have won but the fact Egan won makes it OK in the end.

“From a personal point of view, last year I didn’t have one crash or a single puncture. I felt good every day, I was on a roll, similar to Egan this year.

“But to be one-two for the first time since 2012 is a great achievement.”

Thomas said he had known long before the Tour started that he faced a major challenge.

“It’s been an eventful year, to be honest,” he said. “Lots of ups and downs. Mainly downs. I’ve given it my best and done everything I could to try to win.

“Maybe coming second now shows how difficult it is to win the Tour because maybe people got used to it with Froomey and Brad and then me last year.

“People thought, ‘It’s the Tour, of course a Brit should win’.”

Thomas had looked well placed after moving ahead of Bernal on La Planche des Belles Filles and extending his advantage by over a minute on the stage 13 time trial.

But he suffered on the Tourmalet and lost more time the next day on the road to the Prat d’Albis.

Bernal looked to have much the better form on the mountains in the Alps too, though Thomas felt he was left in a difficult position tactically on stage 18 before the weather cut short stages 19 and 20.

Once it was all over, Thomas was not interested in what-ifs.

“What’s done is done,” he said. “I had plenty of setbacks in the Tour but you need to not dwell on that and look forward.”

Thomas will be 34 come next year’s Tour, but may face a fight for selection with Chris Froome aiming to return from his horror crash at the Criterium du Dauphine and Bernal now yet another Tour winner in the squad.

But if given his chance, Thomas said he could deliver.

“Yeah, I think so,” he said. “I do. A lot of people probably don’t but, whatever. That just spurs me on.

“One of my mates texted me earlier and said, ‘Good job, you’re second on the Tour. If someone told you that two years ago not many would believe you’.

“Now it’s disappointing I didn’t win my second back-to-back but I’ve got that belief.”

Twelve months ago it was Froome who was disappointed, missing out on what would have been a record-equalling fifth Tour title and a fourth Grand Tour victory in a row, but still managing a sincere smile for his team-mate as they crossed the line together in Paris.

Thomas did the same for Bernal in Val Thorens.

“It must have been harder for Froomey, having been number one for so long,” Thomas said. “He’d won four and was after his fifth. It just shows we’re a good team, we’re a unit and we always do everything we can to win as a team.

“We’ve taken a lot of flack this year but it brings us together all the time. You take a lot of blows but it’s how you get up and keep fighting.

“First and second is unbelievable.”

‘Many clubs won’t be able to withstand’ lack of fans at games, EFL chairmen warn