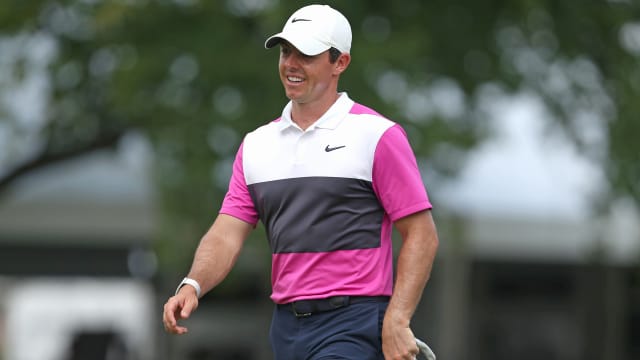 Rory McIlroy and Brooks Koepka are excited for what shapes as being an enthralling final-round battle at the WGC-FedEx St. Jude Invitational.

McIlroy fired an eight-under 62 at TPC Southwind on Saturday to grab a one-stroke lead over world number one Koepka.

The duo played together during the opening two rounds and they will be the final pairing on Sunday, something they are both looking forward to.

"It is exciting. Brooks is the number one player in the world, four majors in the last three years," McIlroy said.

Nine birdies.
One bogey.@McIlroyRory filled the highlight tape during his third-round 62 on Saturday @WGCFedEx.#LiveUnderParpic.twitter.com/EQsvtENarD

"He's the man right now. I got to play with him the first couple days and I enjoyed it. I enjoyed seeing what he can do."

McIlroy tops a star-studded leaderboard ahead of Koepka after missing the cut at The Open, where the American finished tied for fourth.

Koepka believes McIlroy, who has two wins this year, will be hard to stop in the final round.

"It will be fun. Rory's playing some good golf, especially with the start he got off to," he said.

"Played with him the first two days. The way he struck it was really impressive. He's putting well and you know he's going to be tough to beat."